Barcelona is located in the northeastern region of Catalonia, in Spain. This city has many architectural attractions for the culture-hungry and plenty of restaurants for those who enjoy tasting local delicacies.

Visit the buildings that were designed by Gaudí Gaudí’s designs can be seen around this city. The city’s symbol is the Cathedral of the Holy Family, a tall structure with a carved facade and several towers. Each facade has its own design, decorated with sculptures and statues. Visitors will be able to climb up two of the towers, which have views towards the city. The inside of the cathedral is decorated with many murals and thin bony columns.

Another building designed by Gaudí is the Casa Batlló. This private house has a colourful trencadis facade. Trencadis are colourful mosaic tiles that decorate many buildings and sculptures in the city. There are skull shaped iron wrought balconies and large windows. In the same neighbourhood, the centric Eixample, visitors will find Casa Milá, another one of Gaudí’s designs. This building has a large wavy stone facade. Tours are organized around the inside of this building, which has no straight lines.

The Barri Gótic, the city’s ancient Gothic Quarter, is one of its most visited areas. This neighbourhood is known for its Gothic architecture, its narrow stone streets and its cathedral. The Seu cathedral is a Gothic cathedral located next to a cloister. After a walk along the narrow streets visitors will be able to enjoy a drink in one of the many terraces in this district.

Visitors will be able to explore the city’s food culture, from its markets to its Michelin restaurants, that can be adapted to any budget. The Boquería Market and the Sant Antoni Market offer fresh local products. In the center of each market there is a tapas bar that serves traditional tapas. Tapas range from bread drizzled with olive oil and fresh tomato, a plate of mussels and chipirones fried squid to fried croquettes.

Most of the city’s most famous tapas bars are located in the centric el Born district. Some of the most popular tapas bars are Xampanyet, El Vaso d’Oro and hole in the wall places that can be found in this area.

Take a walk in one of the parks

The Ciutadella Park is located close to the city center. This large park has several museums, including the Laboratory of Nature. This museum has exhibits from the Natural History Museum. Another one of the museums located in the park is the Martorell Musuem, where visitors will be able to see artifacts.

Parc Güell is located on a hill. This park was designed by Gaudí and the architect’s house, located on the park grounds, has been transformed into a museum. The park has a porch area with bony columns where events are organized. Above the porch there is an observation deck. This observation deck has a bench covered in tiles from where visitors will be able to enjoy views towards the city and the Mediterranean Sea. The park has many fountains and statues covered in trencadis mosaics.

Spend an afternoon on the beach

There are several urban beaches in this city. The main urban beach is the Barceloneta beach. This beach has a promenade decorated with sculptures, and there are many bars and seafood restaurants in the area. A short distance away from the city visitors will find the town of Sitges, which is known for its many beach resorts. 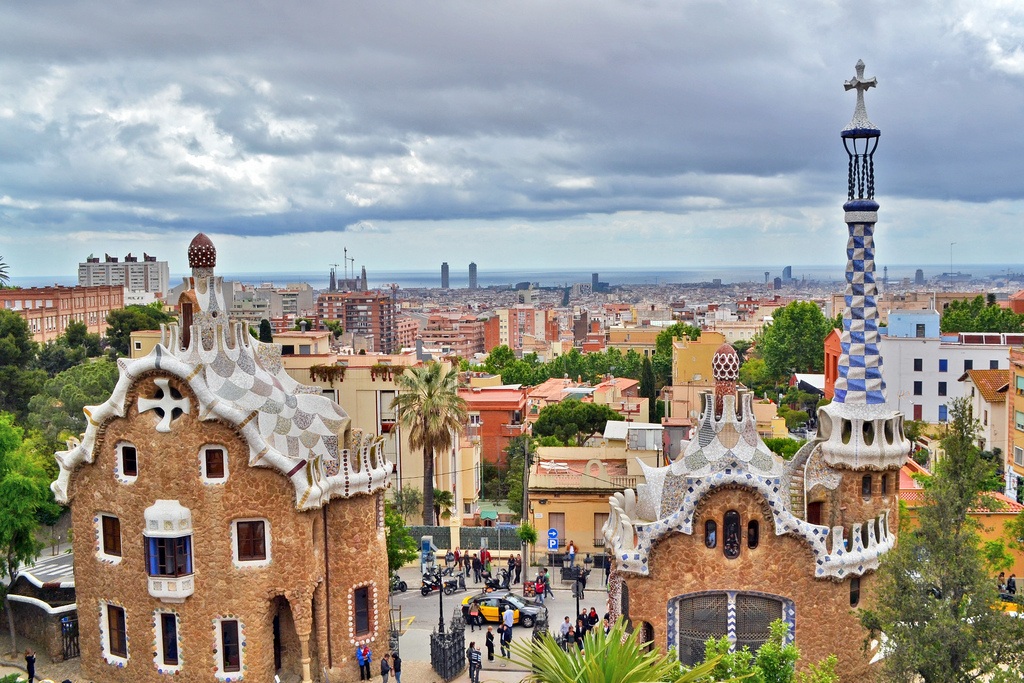