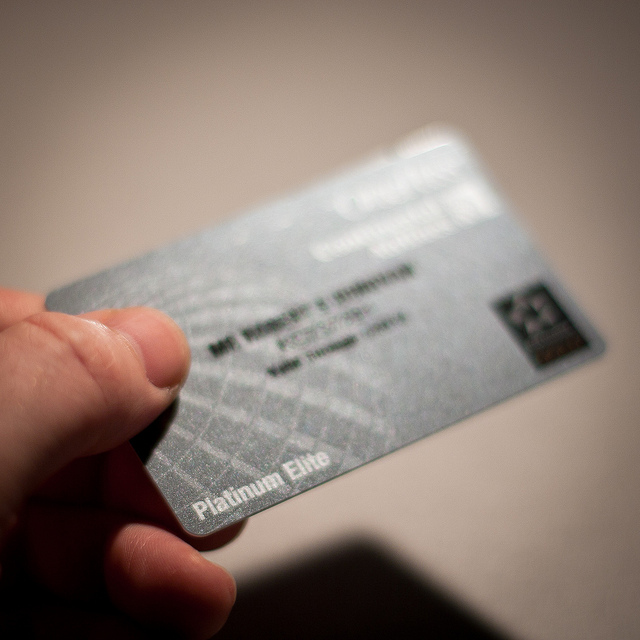 Part One in the series “How to travel the world in luxury at budget rates using loyalty schemes.”

What is a frequent flyer scheme?

…and shouldn’t that be ‘flier’?

I initially thought so too but have decided to go with the most common spelling, which is presumably US English. But I’m sticking with programme, not program, you’ll be pleased to know.

The first frequent flyer scheme was introduced over 30 years ago by American Airlines. Nowadays the majority of major airlines followed the trail blazed by its AAdvantage programme and reward travelers with miles or points for flights and services. Understand that some programmes call them air miles while others go with points – but they’re talking about the same thing. To make it easier I will be using the term ‘points’ from now on.

OK, but why should I care?

Well I’m guessing you’d like to fly business or first class, especially if you could do so at little extra cost? After earning the required number of points the consumer can exchange them for an award, which may be in the form of a free airline ticket, an upgrade from economy to business or first class, merchandise or even a complete package holiday. The number of points required depends upon the redemption chart specific to each airline.

What about hotel and car rental loyalty schemes?

We’ll get round to those in an upcoming series. It is worth noting that programmes often overlap – for example you can often earn points for an airline scheme through renting a car from a partner company. We’re assuming here that the end goal is to obtain a reward from an airline frequent flyer programme regardless of how the required points are earned.

Once you have signed up (which is free for all schemes I know of) it is important that you state your membership number when booking or checking in. You will be able to register later but this will delay the points reaching your account. Most airline programs award miles based upon the actual miles flown. For example, if the flight distance between your departure and destination airports is 1,600 miles you will earn 3,200 points for a return trip.

Do you have to actually be a ‘frequent’ flyer though? I don’t get out that much…

No, and that was the reason I wanted to share what I know and what I am learning. You see, there are really two types of people who make use of frequent flyer programs: on the one side you have those for whom the schemes were originally introduced – the business traveler jetting around the globe on a regular basis (and on someone else’s dime). For such people these programmes are a nice bonus to make up for the time in the air and amassing a huge number of points is an easy task.

That’s not really most people though, is it?

Exactly. On the other side you find the savvy, yet “infrequent” flyer. This guy earns his points in a number of clever ways – or even buys them when he sees a good deal. For those in the USA (with a decent credit record) this task is made even easier with the wide range of frequent flyer credit cards from which he can choose. Often such cards will have a sign-up bonus of tens of thousands of points as well as rewarding the holder for each spend. For us on this side of the pond such cards mostly remain a dream, but in recent years a few less generous pieces of plastic have been launched in the UK, Germany and (gasp) even in Scandinavia.

So for those of us who don’t fly that often and don’t have a sponsored card – we’re left out of the fun?

Not at all. There are other ways to earn those elusive points. Perhaps your grocery store loyalty card has an option whereby you can exchange its points for airline ones? I do this regularly using the Trumf card here in Norway and you’d be surprised how quickly those SAS EuroBonus points add up due to the generosity of the ‘exchange rate’. If you also use your Trumf card for petrol you’ll earn points even faster.

Then there are promotions run by the airlines themselves, through which purchase made at partner websites or physical stores can earn you bonus points. Last year I managed to bring in over 30,000 US Airways Dividend Miles in the annual ‘Grand Slam’ initiative. There is a mass of information available online for how to get the most out of such promotions as well as sites that will notify you of all current offers and deals.

And when I do get in the air?

When actually flying there are ways to earn extra points too. In some cases the airlines award a base amount of points even if the flight distance is very short – such as a minimum of 500 points for journeys of less than 500 miles. There are exceptions – in Norway you cannot earn points on domestic flights. This rule was brought in to allow competition but may well be repealed soon given that it appears to have served its purpose.

Many airline programmes bump up your points if you bump up your class – you may earn 50 percent extra points for travelling first class or business.

Do remember that most frequent flyer points expire at some point; usually the airline requires some activity on your account for the points to remain valid. This activity depends upon the specific programme, but using your points for an award, making use of the services of a partner company or of course flying with the airline will normally keep your frequent flyer points fresh.

That brings us to the end of the first part of the series. You learned what a frequent flyer programme is, how it works and most importantly that you do not need to fly all that frequently to benefit. In the next article we will show you how to get started and which programmes to join. Part three is a comprehensive jargon-buster – an explanation of the oft-bewildering terms you need to understand to be able to travel the world in luxury while paying budget rates.

This is Part One of the series: “How to travel the world in luxury while paying budget rates using loyalty schemes”.

Part Two is here: So which frequent flyer programme should I join?

Part Three is here: Frequent flyer jargon buster – what are they talking about?

Part Four is here: Frequent flyer essential concepts – what you need to know

You can read the introduction here

The best Christmas markets in Stockholm