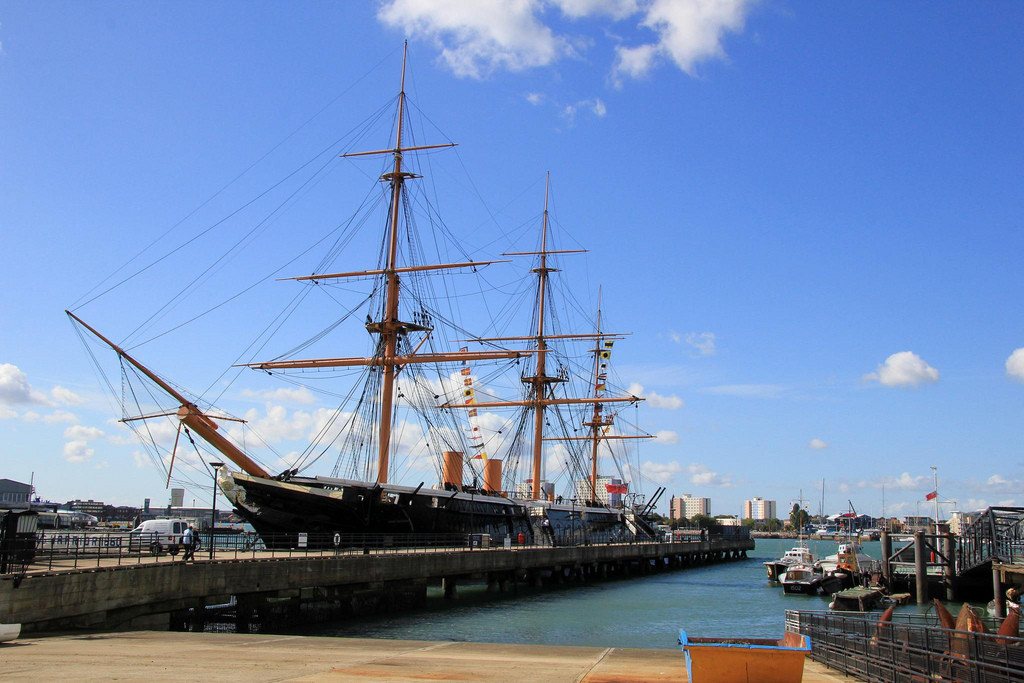 Image by Karen Roe used under the Creative Commons license

With the oldest dry dock in existence and a naval port that used to be one of the world’s most significant for centuries, Portsmouth has plenty in store for those interested in the past. What’s more, if you are a fan of famous ships and notorious battles, then you should definitely consider visiting this intriguing coastal city.

But what exactly can you learn when you discover and explore at Portsmouth Historic Dockyard? Well, here are the main sights and sounds.

Seeing as the Mary Rose is the world’s only 16th century warship currently on display, you cannot afford to miss this opportunity. Having said that, the 19,000 artefacts on show at this award-winning museum are well worth experiencing anyway.

After fighting against the French for over 30 years, the Mary Rose finally succumbed to the sea, and sunk off the coast of Portsmouth in 1545. But Henry VIII’s favourite ship was raised from the Solent in 1982, and can now be truly appreciated once again.

If the Mary Rose doesn’t quite quench your maritime thirst, then you have always got HMS Victory to visit as well. This was, and still is the Royal Navy’s most famous vessel; best known for her role as Vice-Admiral Lord Nelson’s flagship at the Battle of Trafalgar.

Every year, 400,000 people visit this historical landmark, usually to see the spot where Nelson fell to his death. Several other servicemen died at Trafalgar too, and the HMS Victory’s thoroughly knowledgeable tour guides can describe their experiences of war.

National Museum of the Royal Navy

For yet more insight into how Great Britain established itself as a dominant sea power, you should make time to visit the National Museum of the Royal Navy too.

Various galleries highlight the realities of fighting at sea, details into remarkable individual lives, and the role Britain played in shaping the world through the Royal Navy. Treasures from the past, and multimedia shows, make this attraction suitable for all ages as well.

When your brain has reached full learning capacity, you can sit back and take it easy on a harbour tour. From the Royal Navy’s modern frigates and helicopter carriers, to Portsmouth’s historic buildings and stunning skyline; there is plenty to feast your eye’s on.

Portsmouth used to be one of the most fortified cities in the world too, and evidence of this can still be seen today. But for many, harbour tours offer the chance to appreciate just how remarkable this area really is.

You can grab yourself a metal detector and head down to the beach to see if you can find anything from this historic time.

So, with numerous maritime monuments to discover and explore, Portsmouth Historic Dockyard is a truly spellbinding attraction that fans of history will love.

Reach For The Skyscrapers