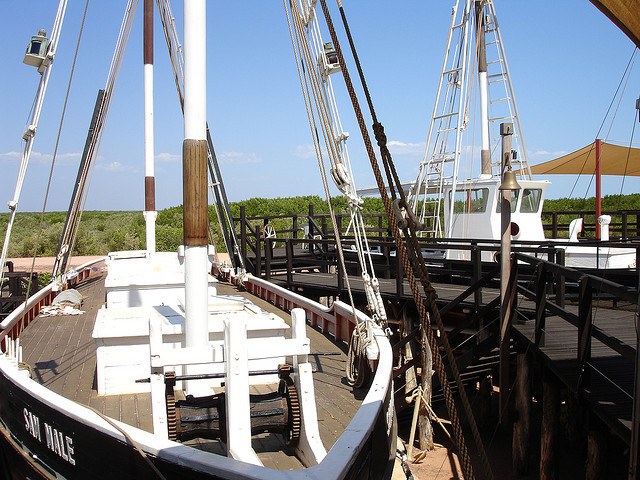 Anyone who has ever found a rugged oyster on the shore has opened it with anticipation – is there a pearl inside? While the vast majority of beachcombers are disappointed to find their seashell empty, the pearl industry relies on much more than luck and a stroll along the shore to locate its treasures.

What few people realize, though, is that some of the world’s finest pearls come from the waters off the cost of Western Australia. In fact, the tropical paradise of Broome is widely considered to be the pearl capital of the world. While only a few dozen “pearl luggers,” or pearling ships, leave the harbor each day, those boats bring back some of the finest cultured pearls in the world, as well as the highly sought after mother-of-pearl.

While Broome’s pearls are some of the most beautiful in the world, the history of the industry in the area wasn’t always so pretty.

In the mid-1850s, pearls were discovered in the waters off of Broome, and much like during the Gold Rush that was simultaneously occurring in the U.S., people from all over Australia, as well as the South Pacific island nations and Asia, flocked to the area to cash in on the treasures from Roebuck Bay.

However, it wasn’t long before companies realized that while the pearls themselves were of exceptional quality, it was the shells of the pearl oysters that were truly valuable, containing some of the best mother-of-pearl the world had ever seen. With the market for mother-of-pearl strong, thanks to its use in buttons and knife handles, demand for Broome’s mother-of-pearl was overwhelming.

As a result, the pearlers relied on slave labor, consisting of Aborigines and indentured immigrants from Japan and China, to increase their operations. Pearling was a dangerous business, with divers facing hazards under the sea, as well as health problems from improperly diving. Not to mention, conditions for the slave divers on land were not much better. However, after World War II, the pearl industry changed. Demand for the cultured pearl was down, thanks to new manufacturing processes that could create imitation pearl and mother-of-pearl, and many of Broome’s pearl luggers were decommissioned.

For those companies that still use divers – and Broome is one of the few places in the world where that is still common – conditions have improved. Divers today are highly trained and safety is a top priority. Broome is still considered a pearl capital of the world; the pearls found in the waters off of its coast are among the highest grade pearls anywhere. They are virtually perfect from the moment they come out of the shell, and generally do not require bleaching or other treatments.

For those taking Broome holidays, it’s not difficult to experience some of the town’s pearling history. For starters, the city itself is unique in Australia for its architecture and design. Particularly in the Chinatown neighborhood, the buildings and gardens are heavily influenced by Asian style, thanks to the large influx of Asian immigrants who worked in the pearl industry.

However, for those who want to truly experience Broome’s pearl history, there are multiple tours and excursions that provide an insider’s view. In Chinatown, there are two restored pearl luggers that are open to tours; the boats and the surrounding exhibits allow visitors to see memorabilia and equipment from the area’s pearling heyday.

Visitors can also take a tour of the Willie Creek Pearl Farm, located 38km from Broome. At the farm, which can be accessed via a motor coach, your own four-wheel drive vehicle or helicopter, you can see the process of making a cultured pearl, from the seeding of the oyster to the display in the jewelry store case. These tours include a boat cruise on Willie Creek – and can be combined with a helicopter trip up the coast over famed Cable Beach and the city of Broome.

Exploring Broome’s pearl industry – both its history and its current form – are must-do’s for anyone visiting the Western Australia city. More than just a chance to see where your beautiful necklace came from, or perhaps pick up a special new piece, including these experiences gives you a new appreciation for a portion of Australia’s history. 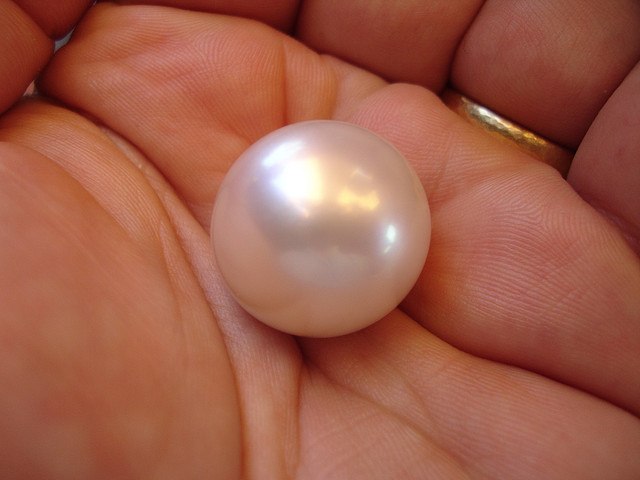 A self-described “beach bum,” Allison DeWale lives near Broome, where she spends as much time as possible exploring the beaches. While she writes travel guides for a living, Allison’s true passion is history and she is working on a historical novel set in her hometown’s pearling heyday.