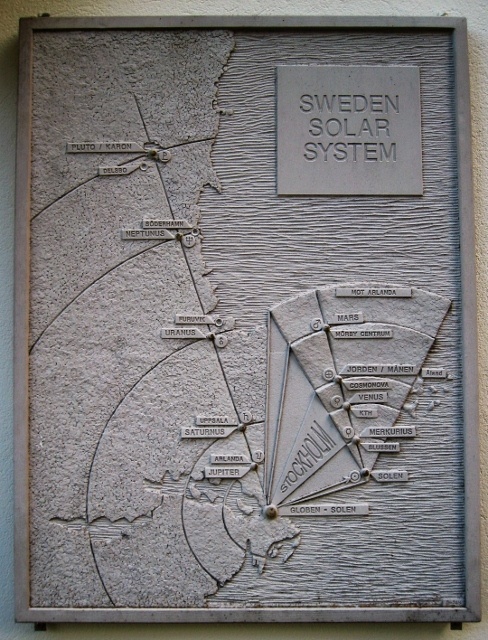 Unbeknown to most, Sweden hosts the world’s biggest model of our planetary system which stretches across the country and provides and interesting travel route for hardcore science fans or other interested visitors. The smaller models of planets are to be found in museums, observatories and other Swedish institutions engaged in astronomy, but distances and sizes are preserved on a common scale – 1:20 million. This makes for a lesser-known and extremely unusual attraction in Sweden, for which the starting point is in Stockholm where the inner planets are found. At each planet station, exhibits provide information about astronomy and the natural sciences, but also about related mythology and culture. 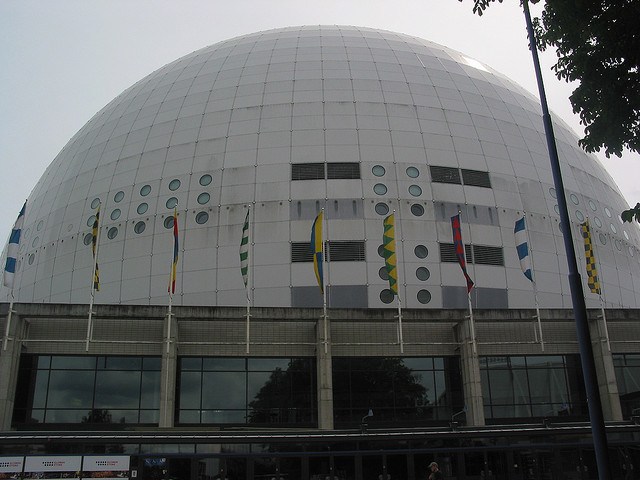 The very beginning is Globen Arena (also known as the Ericsson Globe) – in itself one of the Swedish capital’s more astonishing buildings. As the largest spherical construction in the world it makes sense that Globen Arena symbolizes the sun within the planetary system. To respect the scale, the globe represents the Sun including its corona. The actual diameter of the building is 110 metres and it stands 85 metres tall – yet even here it takes some serious imagination to comprehend the real size of the sun. The closest planet to the sun, Mercury, is found in Stockholm City Museum, nearly 3 km away from the first stop. The Mercury model is subject to continuous heating to remind visitors of its close proximity to the sun. Naturally its size cannot be compared to Globen Arena, but the planet is shown to scale – 25 cm in diameter. In contrast, Venus – with a diameter of 62 cm – is hosted by the Royal Institute of Technology (5.5 km away). The model was made by the American artist Daniel Oberti and was unveiled on June 8, 2004 during a Venus transit. The model was broken in an accident in 2011 and there is another representation of Venus in the Observatory Museum.

Within the Swedish solar system pride of place is reserved for the Earth and Moon exhibitions. Both are located in different halls of Swedish Museum of Natural History (Cosmonova – a distance of 7.6 km from the sun) which is the place to visit for those with an interest in our universe. Superb 3D movies are shown here. The diameters of the Earth and the Moon are 65 and 17 cm respectively. Mars has received much global attention lately due to Curiosity’s ongoing investigation of its surface and geology. However, if you want to see Swedish model (35 cm in diameter, 11.6 km from Globen Arena) you need to visit the Stockholm neighbourhood of Danderyd and the Mörby Centrum shopping centre. The model by the Finnish artist Heikki Haapanen is made of copper which gives a good Red planet effect.

The most peculiar and appealing planet of the solar system is Jupiter, which unfortunately is not a 3D model but is instead presented as a flower decoration at a roundabout near Sky City at Stockholm Arlanda Airport. It is the biggest airport in Sweden and this the obvious place for the biggest planet in the solar system. This version of Jupiter is 7.3 metres in diameter and 42 km from the sun. There are plans to create a spherical model of Jupiter in the near future; apparently it will be the first sight to greet visitors to Sweden when leaving the airport.

Uppsala is the other major Swedish city included in the route. It is host to Saturn that can be found in the Anders Celsius Observatory, founded in 1741. The diameter of the model is quite something – 6.1 metres – and it is 76 kilometres from Globen Arena. Additionally there are plans for local schools to create models of the plane’s numerous satellites to complete the exhibition. Uranus was unfortunately vandalized and a new model is planned for its location in Gävle, 143 km from the sun. 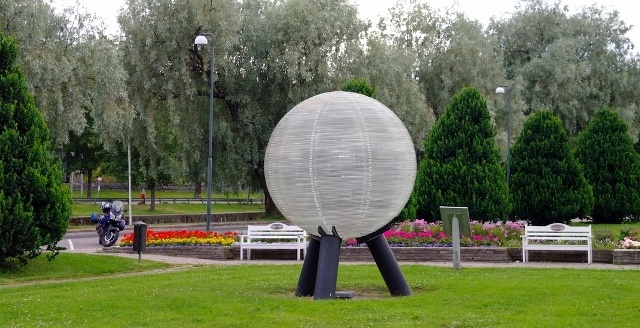 Neptune (2.5 m in diameter) is perhaps the most fascinating model planet in Sweden as it is is made of acrylic and glows with a blue light at night in the village of Söderhamn, 229 km from the sun. The traditions of fishing and sailing in the village strengthen the connection to Neptune as the deity of the seas.

Pluto (12 cm in diamater) , the last planet, is located in Delsbo (300 km from Globen Arena) along with Charon, its moon. Both are found near the southernmost of the Dellen lakes which are thought to have been formed by a meteorite striking earth 90 million years ago. The two models are supported by two grave-like pillars (since Pluto is the deity of death) made up of dellenite, a rare mineral formed by the meteorite impact.

The end of the Swedish solar system is found in Kiruna, 145 km above the Arctic Circle and 950 km from the sun.  The Termination Shock is the edge of the heliosphere, the farthest place where the solar wind travels at supersonic velocity. No sculpture currently exists but the foundation for a future model exists at the Institute of Space Physics.