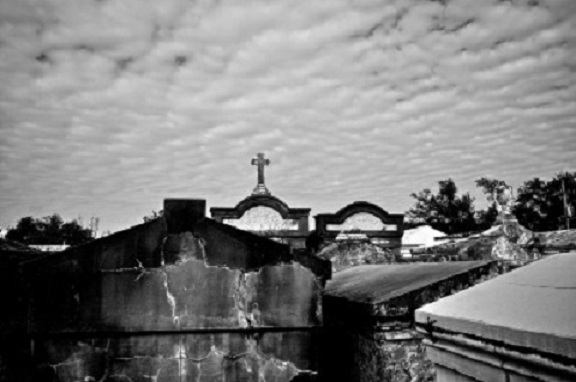 This is a guest post by Lorna Jane Miller

New Orleans is known for its decadent cuisine, hard-partying residents and breathtaking architecture throughout the French Quarter. You could spend your time on Bourbon Street braving the crowds and touring New Orleans’ several other congested attractions; you could also take a walk on the bizarre side and explore the macabre, curious and just plain frightening sights scattered around “The Big Easy.” Here are just a few of the many odd things to do in New Orleans, so prepare yourself for a trip guaranteed to haunt you for years to come.

In a city known for oddities and mysticism, it’s only natural there would be an entire structure devoted to one of the world’s most misunderstood and fascinating, religions: voodoo. The New Orleans Historic Voodoo Museum was founded in 1972 by Louisiana native Charles Gandolfo, who built the museum to highlight one of the many branches of the spiritual belief, New Orleans voodoo. Amongst the historical artifacts and artistic representation of voodoo priestesses you’ll find one of the major reasons several tourists flock to this site every year, the opportunity to have your fortune told by a practitioner of the art. The readings begin at $40 and can even be given by phone, but this won’t be your last stop before exiting. Make sure to grab a token of your visit from the New Orleans Historic Voodoo Museum’s gift shop, including a snake skin, chicken foot or one of voodoo’s most famous concoctions, a love potion. 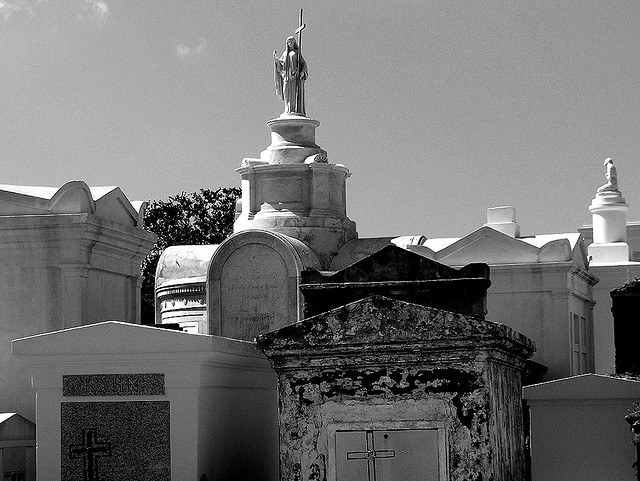 Past the revelry of Bourbon Street, you’ll find a more somber, spiritually charged section of New Orleans that millions explore each year:  its numerous centuries-old cemeteries. Of note is the St. Louis Cemetery 1, which was initially constructed in 1782, although “residents” weren’t largely interred in this area until around 1788. An astute observer will notice quickly that unlike many 18th century cemeteries in the area, individuals weren’t segregated by race, but rather religion, as several Protestants were laid to rest in a separate section of the grounds. The centuries-old artistry seen throughout the grounds is astonishing and captured by many either on camera or through chalk rubbings.

The aforementioned museum celebrates the history of New Orleans, and one component that is undeniably tied to its citizen’s past. The New Orleans Voodoo Spiritual temple is a different entity entirely and a place of worship that many followers flock too each year. The temple’s owners, voodoo practitioners themselves, don’t practice their religion in a vacuum and strive to ascertain how their own beliefs fit inside the tapestry of world religion. The New Orleans Voodoo Spiritual Temple is found in the French Quarter across from the Congo Square Park, a site where African slaves held ceremonies on Sunday nights through the 17th and 18th centuries. 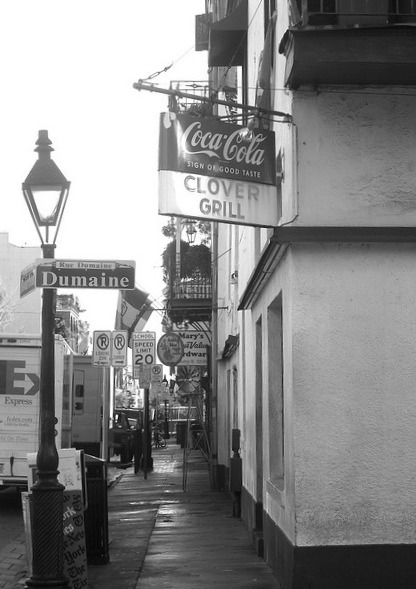 Now that you’ve seen your fill of mystical oddities and spiritually-charged artifacts, it’s finally time to rest your feet and enjoy a real New Orleans meal. You could enjoy a beignet, a classic New Orleans delicacy and a cup of coffee with the other tourists at the Cafe Du Monde. You could also discover a fabulous restaurant that brings a new meaning to the word “ambiance.” The Clover Grill is auspiciously located in New Orleans’ historic French Quarter, open 24 hours a day and serves a straightforward menu complete with an irreverent flair for the dramatics. Take a peek at the menu and you’ll see the owner’s snarky sense of humor come to life through the restaurant’s motto: “We’re here to serve people and make them feel prettier than they really are.” If you’re having trouble narrowing down the menu choices, stick with the classic hamburger, which is grilled to perfection under a hub cap.  The owners assure everyone this culinary technique is the best way to seal in the meat’s juices!

If you’re up for a drive, head five hours north along I-10 past Shreveport to the small town of Gibsland, Louisiana to visit the Bonnie and Clyde Ambush Museum. Dedicated to the nation’s most well-known juvenile delinquents, this museum is housed inside the cafe where the fated duo shared their last meal before suffering their famous, gory fate in 1934.

How To Book A Cheap Weekend In London

Accommodation options for your city break