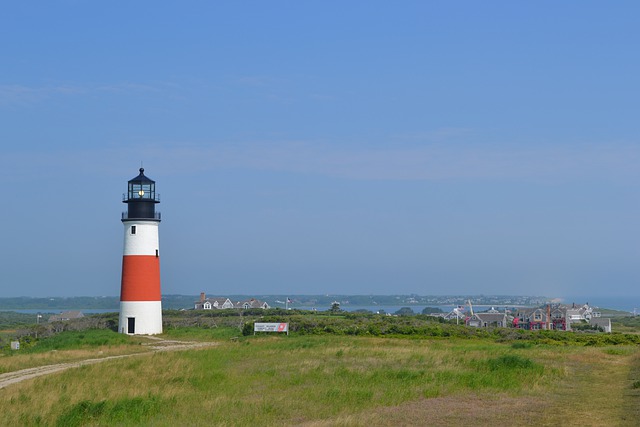 Image by inspireddesign270 from Pixabay

Nantucket is a historic island which is located about 30 miles south of the Cape Cod shores in Nantucket Sound. Due to its very well-preserved historical architecture, culture, and vibe, it is a hugely popular destination for seasonal residents as well as for other vacationers and visitors. In the summer, the population can reach up to 50,000 people, while in the winter, the all-year-round residents are only about 10,000. But the friendliness, dedication, and historical pride of this community is a large part of the charm of Nantucket.

Here are the top-rated attractions on the island, which are definitely worth seeing. Keep in mind that some of them are open only during the summer high season from May to October, while others may be temporarily closed due to the COVID-19 pandemic restrictions.

There are over 80 miles of beaches on the island, and most of them are considered among the most beautiful in the world. The stunning views of the ocean and the amazing sunrises and sunsets you can experience there are one-of-a-kind.

Some of the northern beaches are more suitable for families with children. It has a playground and different facilities and is close to town. Plus, being on the side of the Nantucket Sound, the water there is calmer and warmer.

Siasconset has a laid-back vibe and is one of the most popular beaches.

Surfers and youngsters may enjoy Nobadeer, which has more challenging waves and no lifeguards.

To reach this lighthouse, you will need to take a 4WD ride across the Coskata-Coatue Wildlife Refuge. It offers breathtaking landscapes, wildlife viewings, and a fun-thrilled adventure.

The Great Point Light is at the end of this picturesque 16-mile ride and the northmost point of Nantucket. It offers a spectacular view.

The light was built back in 1784, and since then, it has been destroyed and rebuilt twice. It is still operational and helps guide mariners. It is an exact replica of the second stone light tower from 1816 and is a must-see.

You can walk the 7-mile walk by sand or rent a 4WD vehicle, get a permit sticker and drive to the Great Point Light.

The Whaling Museum is no doubt one of the most popular destinations for visitors to the island of Nantucket. It is set in a renovated candle factory from the 1800s and showcases multiple exhibits celebrating the history of whaling in Nantucket.

For nearly a century, Nantucket was considered the whaling capital of the world. The brave captains and crews left for years to catch whales and, when lucky, returned with the valuable oil used for lighting and candle making.

There is a stunning real skeleton of a 46-foot sperm whale in the museum as well as multiple artifacts, galleries, and interactive exhibits.

Andrew Harper named this museum one of the 10 places to see in America before you die.

Also known as the Great Point Lighthouse, it was built in 1746 and became automated in 1965. It is still fully operational and was added to the National Register of Historic Places in 1987.

While it is not open to the public, you can still visit the grounds around it. There you can get some spectacular views of the yachts and the harbor.

It is what you will see when you first arrive with the ferry, and visitors often toss coins overboard when they pass it when leaving Nantucket with a wish to come back again.

Although it is a brewery and beer garden, you can enjoy all kinds of locally made and other wines and spirits when you visit Cisco Brewery. It is located in the flatlands of the backcountry of Nantucket.

There are guided tours and tastings, and also there is plenty of outdoor seating. You can go get your first drink from 11 am. At 3 pm the live music starts, and then the party can go on until the next day.

For a less crowded experience, you may want to visit on a workday at the very beginning or at the end of the summer season.

This is the oldest house built in 1686 by the first Quaker settlers on the island. It has a saltbox style and has been preserved perfectly into its original appearance.

There is a wonderful kitchen garden located behind it, which is most of the visitor’s favorite part of the Jethro Coffin House.

It is located on 16 Sunset Hill and is often referred to as “Oldest House” on the island.

This is the third lighthouse on the island of Nantucket. It is located at the easternmost point right by the picturesque fisher village of Siasconset.

It was built in 1850 and automated in 1965. It was the first lighthouse in the USA, which was fitted with a Fresnel Lens. If you get to climb it, you can enjoy a bird’s eye view of the entire island of Nantucket.

One interesting fact is that in 2007, the lighthouse was moved 400 feet back from its original location to protect it from being destroyed and falling into the ocean due to the corroding cliffs. This move was documented in the book Keeping the Light by Rob Benchley and Bob Felch.

This Old Mill was built in 1746 and is still operational and continues to grind corn today. It is considered the oldest windmill which is still functioning in the USA.

It was built by Nathan Wilbur based on the original Holland Windmills.

You can visit the grounds and watch the mill grinding corn during certain hours of the day. You can also explore it inside and get a tour of the mill with explanations of how it functions and how the rotating sails turn the shaft which turns the grinding stone.

This unique and unusual museum is pretty small but is one of the best places to go to find out how deeply interconnected the people of Nantucket are with the sea.

Since hundreds of ships passed by the island back in the whaling days and due to the heavy fog which often surrounds the island is called the Gray lady of the sea. There were many shipwrecks there which, on the other hand, led to the area being referred to as the “graveyard of the Atlantic.”

In this museum, you will see a lot of artifacts from shipwrecks, as well as the maps of all wrecks which were accounted for. There are models of the ships and boats, as well as historical data and facts which honor the locals who often risked their lives to help the victims of these shipwrecks.

It is open during the high season from Memorial Day to Columbus Day and is a true gem suitable for adults and children of all ages.

Will the Quantum of the Seas change the way we travel?