If you are planning a city break in London it’s easy to be overwhelmed by the size of the UK capital before you even get there. As you read up on all the attractions and try to decide where to spend your time, it should become clear that focusing on a single area is the best tactic. Unless you find the idea of spending the majority of your precious time on public transport getting from one must-see sight to another appealing, that is.

Furthermore I would recommend finding a place to stay as close to the action as possible – you can’t beat being within walking distance of Marble Arch, Oxford Street and Hyde Park which is why a hotel in Cumberland Place is the perfect base.

From here, you can reach many of the best attractions in London and enjoy the buzz of city life. Here are some of our favourite ways to enjoy a short break without having to venture far from your hotel:

Enjoy the spectacle of Speakers’ Corner 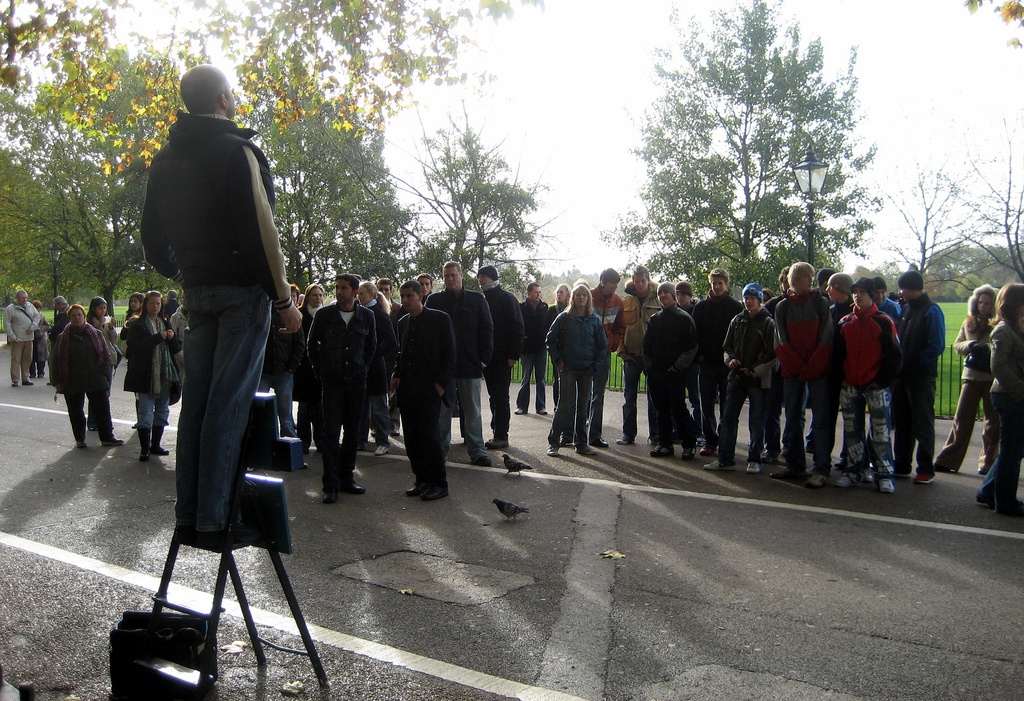 Just a few minutes away on the corner of Park Lane and Cumberland Gate you can witness a uniquely British activity – especially on Sundays. Opposite Marble Arch is  Speakers’ Corner – the spiritual home of the British democratic tradition of free speech.

Since the right of free assembly and public oratory was recognised in 1872 in the Royal Parks and Garden’s Act, people from all walks of life have gathered at Speakers’ Corner to listen to speeches about anything and everything. You never know what you’re going to get – the topic could be Communism or computer games – but it’s always entertaining.

Consider it as street theatre in which audience participation is an important element. You may come to watch but you may well be spurred to heckle or even to present an opinion to the masses. Don’t forget your soap box if so…there’s action here most days but Sundays are best.

A museum dedicated to one of London’s most famous – if fictional – residents is a pleasant walk from Marble Arch at 221B Baker Street. If the address sounds familiar that’ll be because it is where Sherlock Holmes lived in the extraordinarily popular books, films and TV series. The two-room apartment is on the first floor while the second and third floors house the exhibition which includes life-size wax figures from some of the Sherlock Holmes adventures. Naturally there is a souvenir shop and you can also find antiques and quirky gifts here. While in the area head to Baker Street Underground Station and pay your respects to the man once more – at the impressive statue outside the entrance.

Wander the shops of Chiltern Street

Not quite as well known as Baker Street, Chiltern Street in Marylebone is something of a hidden gem. Running between Dorset Street and Blandford Street it contains over 40 independent stores, beauty salons and cool cafes. We won’t spoil it by listing them all – give yourself time to wander and see what catches your eye. Having said that, we can’t sign off without mentioning the Monocle Cafe and the Nordic Bakery round the corner which you shouldn’t miss.

Apsley House was originally the London residence of the first Duke of Wellington and has some of the best preserved Regency interiors in London. The Duke was famous for his decadent feasts held in the stunning Waterloo Gallery to celebrate his victory at the eponymous battle. In fact the Wellington family still live in the property to this day. The house is known as ‘Number 1 London’, because it was the first house travellers encountered after passing the tollgates at the top of Knightsbridge. These days you can admire the amazing silver and porcelain collection as we as paintings by Rubens, van Dyke and Velazquez.

For an experience you won’t forget in a hurry make your way to this Indian restaurant with a difference. It may not look much from the outside, but just wait till you enter the main area. Located in an old Edwardian ballroom and featuring a 40ft waterfall and a marble staircase connecting its two floors, your tastebuds are in for a treat that goes way beyond the aesthetic. As you might have guessed from the name the food here has a heavy French influence running throughout the menu which adds a whole new twist to classic dishes. It’s also great for vegetarians and everyone will enjoy the Pukka Punch in the Jungle Bar…

Amazing Itineraries in Switzerland You Can Check Out On A Train

Why London Is The Number One Travel Destination For Soccer Fans