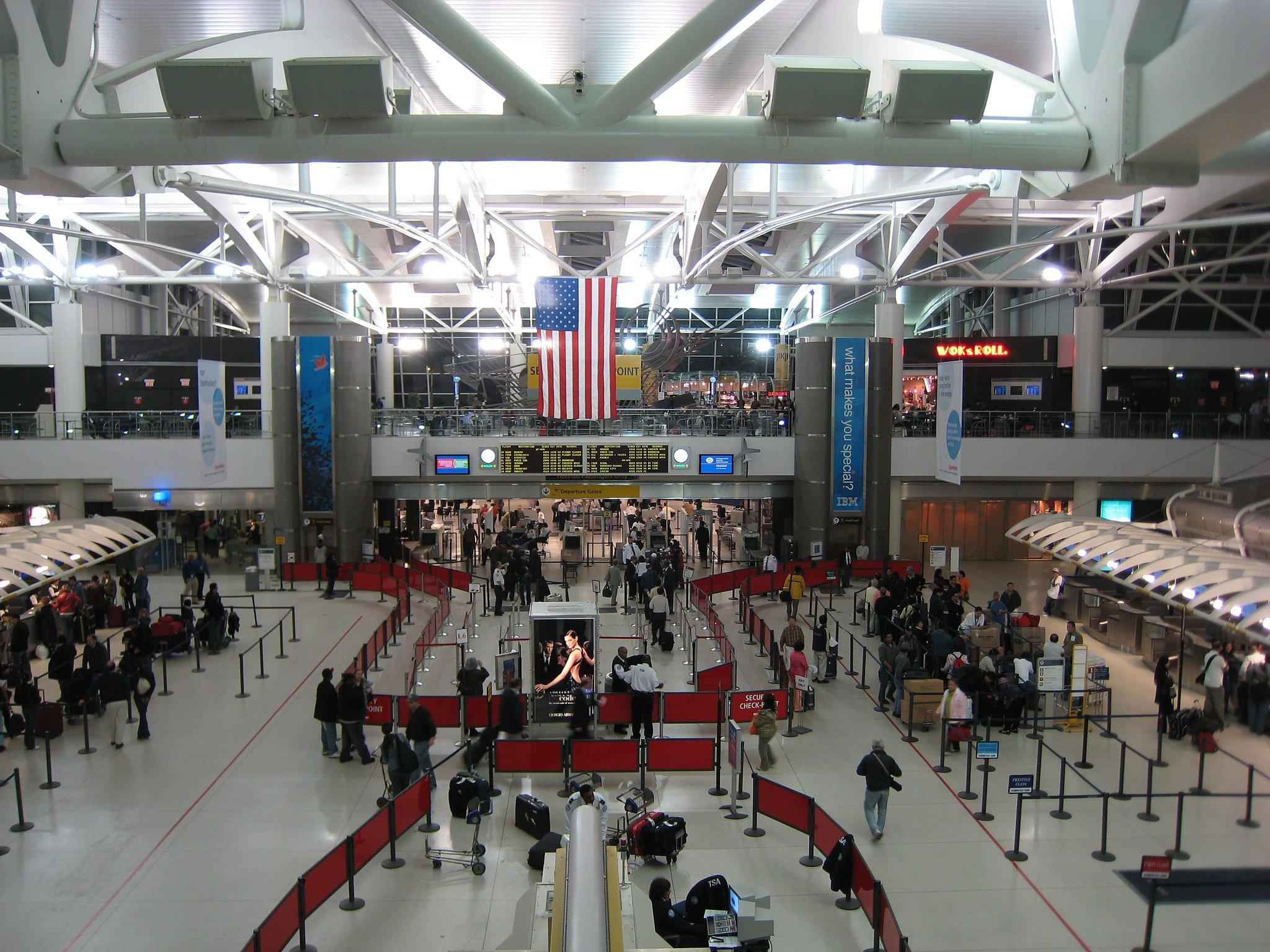 The United States of America has some of the busiest airports in the world. It doesn’t come as a big surprise. After all, in addition to many great tourist locations, America also plays host to some of the world’s biggest business cities.

The ACI released statistics on the busiest airports in the world in terms of passenger traffic. In 2015, five US airports were in the top 15 for overall passengers worldwide. These airports are closely located to popular tourist spots and offer strong international travel links. Here are the top five busiest US airports.

JFK is New York’s busiest airport, transporting 56.8 million passengers in 2015. Although nearby LaGuardia is the most popular NY airport for domestic flights, JFK wins out on international flights.

Over 70 airlines operate out of JFK, including some of the world’s biggest international airlines. Its location in the heart of New York City makes it ideal for both tourists and businessman looking to travel to the Big Apple.

Being located slap bang in the middle of two major cities in Texas make DFW a prominent international airport. DFW transported over 64 million passengers in 2015, making it the tenth busiest airport in the world.

DFW is the main hub for American Airlines, who operate most of their flights from the airport. It is also a regular destination for many international airlines. Nearby hotels and cheap airport parking make it an attractive airport to travel out of.

LA is known as the city of dreams to some and the city of angels to others, so it’s no surprise so many people want to travel here.

LAX transported 74.9 million passengers in 2015, putting it just under London Heathrow as the seventh busiest in the world. It is also the busiest in the popular state of California by far.

In 2015, O’Hare was the fourth busiest airport in the world, transporting 76.9 million passengers. It is the main hub for United Airlines and is also a common layover spot for connecting international and domestic flights.

Despite its notoriously high crime rates, Chicago is still a popular location for tourists. Tour guides act as ambassadors for the city, showing visitors the fine sights and good food available.

There are many reasons ATL is the busiest airport in the world. It has non-stop services for many domestic and international destinations. It is also the main hub of Delta Airlines, one of the biggest international operators.

While it may not be the first US location to come to mind for tourists, Atlanta is a vibrant city with a host of things to do.

Whichever gateway airport you use to travel to the United States, be sure to place your ESTA application before you fly!

Top 14 Necessities for Off the Grid Camping

Thinking of visiting a Disney theme park, but not sure which one?