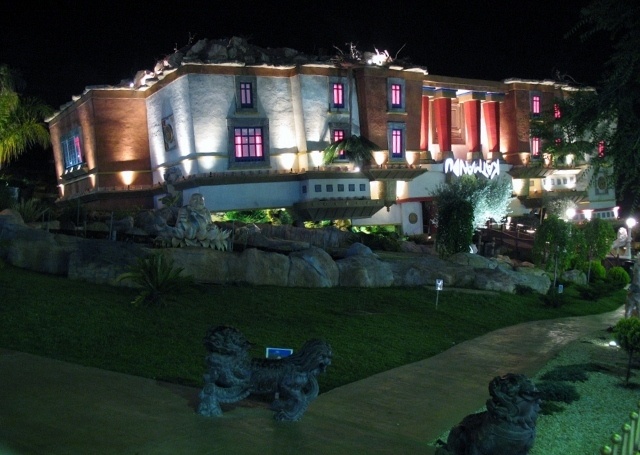 Majorca in Spain is one of the top holiday hotspots for families to visit when going abroad. Renowned for its pristine beaches, natural beauty, golf, scenic drives and quaint seaside villages, the island is nevertheless something of a hidden gem compared with its neighbours.

Due to its fantastic weather all-year round, it is an extremely popular choice for families and it has plenty of local attractions to keep everyone entertained throughout the vacation. A wide range of package holidays to Majorca are available at great prices from the UK.

All the beaches are beautiful and are ideal to keep the little ones and parents amused. Adults can sit back and relax taking in the breathtaking views and warm temperatures and children can have fun splashing in the Mediterranean Sea.

But there are also more unique things to do to keep the whole family smiling that are special to Majorca. Here are six to choose from to suit everyone’s needs, interests and budgets.

The House of Katmandu, Magaluf

The House of Katmandu is an unusual tourist attraction outside of Magaluf – consisting as it does of an upside-down Tibetan-style mansion. A series of rooms inside tell the story of its owner, one Kilgore Goode. Apparently Mr. Goode spent his life searching for a mythical red gem and during his travels he met a strange bunch of people including a mermaid princess, a monk, a sherpa and even the abominable snowman.

The tour takes you through a variety of themed rooms with different experiences and adventures in each. The 6 rides which make up the 4D Experience are probably the best part of the trip. 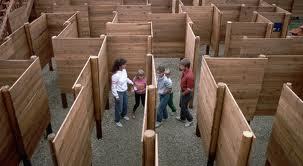 This park contains a huge wooden maze and offers fun for all ages. It is owned and managed by young people who design and operate unique ‘Giant Maze Games’. Navigating the labyrinth of winding paths with its twists and turns is a challenge in itself but there are also a number of hidden secrets and surprises to discover.

Given that the maze has a length of over 1356 metres it’s good exercise too; you’ll probably walk further as there are only four structures to use to get your bearings – be prepared to work as a team to make your escape. 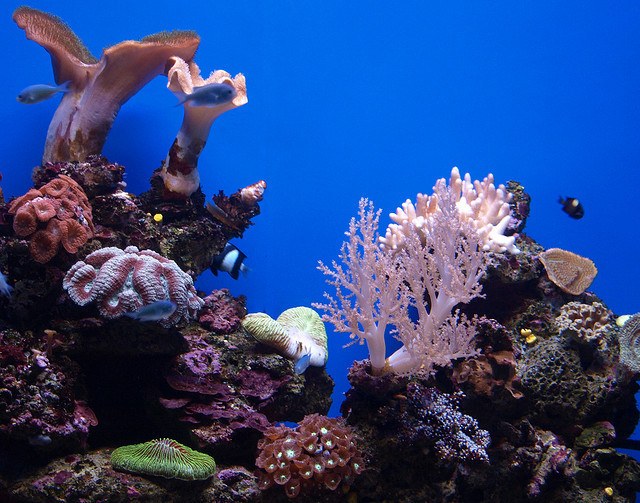 The marine ecosystems and natural habitat of the Mediterranean, Pacific, Atlantic and Indian oceans are recreated at Palma Aquarium in Playa de Palma. With more than 8000 animals from 700 different species from the Mediterranean alone it is a great place to spend the day and one of the most popular attractions in the Balearic Islands.

You can view marine wildlife in all its diversity – from anemones and sea horses to butterfly fishes and colourful corals, and there are also gardens and a jungle section. The latter makes for an exciting adventure and as the Aquarium is highly interactive (and educational) it should keep the kids enthralled. 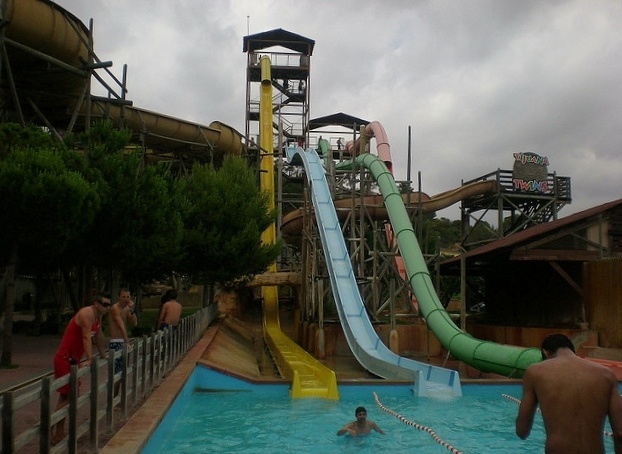 These water parks are perfect for some energetic fun. Western Water Park is just outside Magaluf while Aqualand is on the other side of the Bay of Palma behind the popular beach resort of Platja de Palma. As its name suggests the Western Water Park has a Wild West theme and the whole park is set out like a frontier town with a high-street, bank, jail house and saloon. There are several fast and steep water slides or for more a more gentle ride try the ‘Mega Slide’ that is 260 metres long and wide enough for four people to ride together in a ring. It is deservedly popular and queues can be long so try to get here before the crowds arrive.

Other popular rides include the ‘Boomerang” which is a giant half-pipe and the ‘Multipistas’ where six people can race each other side-by-side down a track on rubber mats. The park also has a wave pool, childrens’ pools and play areas. The Western Water Park also has a diving show three times a day which are worth watching.

At Aqualand the rides are surrounded by well tended lawns shaded by trees which makes for a more relaxing and comfortable experience. Try ‘Banzia’ where you sit on a plastic sledge which slides down a track and then skims across the surface of the water. Ride side-by-side with a friend for extra fun. There are also some good ring rides as well as a river rapids ride and a couple of head-to-head racing slides.

Either way though there are plenty of rides in both parks for kids of all ages and plenty of fun to be had in the water. Don’t forget to take some sun cream though and apply it at least 20 minutes before entering the water.

A popular family activity is a guided tour of some of Majorca’s cave and cavern systems. These caves located in the south slope of Sant Miquel mountain in Campanet are unique due to the abundance of stalactites and stalagmites. The tour lasts about 40 minutes and takes visitors through the different galleries and rooms, some of which contain water pools.

Apart from their natural beauty they were also found to contain fossil remains from Myotragus balearicus (a species of endemic bovid from Majorca and Minorca). This species became extinct 4000 years ago when man arrived on the islands. These caves have inspired artists and poets and have also provided the backdrop for several films. 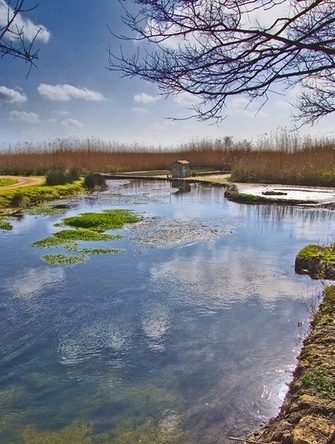 S’Albufera, located between the municipalities of Alcúdia, Muro and Sa Pobla, is a vast wet area of great environmental importance. It was the first natural park of the Balearic Islands when created in 1988 and protects an area of some 1700 hectares. It is also an official ‘area of special protection for birds’ and biosphere reserve and around 230 species of birds have been classified here.

Furthermore, S’Albufera is included in the Ramsar Convention for wetland conservation and is home to a variety of fish and reptiles too. This wildlife preserve is great fun as the family can go cycling, bird watching and try some photography. Take some packed lunch and enjoy a picnic lunch.

South Carolina on a Shoestring: How to Plan a Trip to Columbia on the Cheap