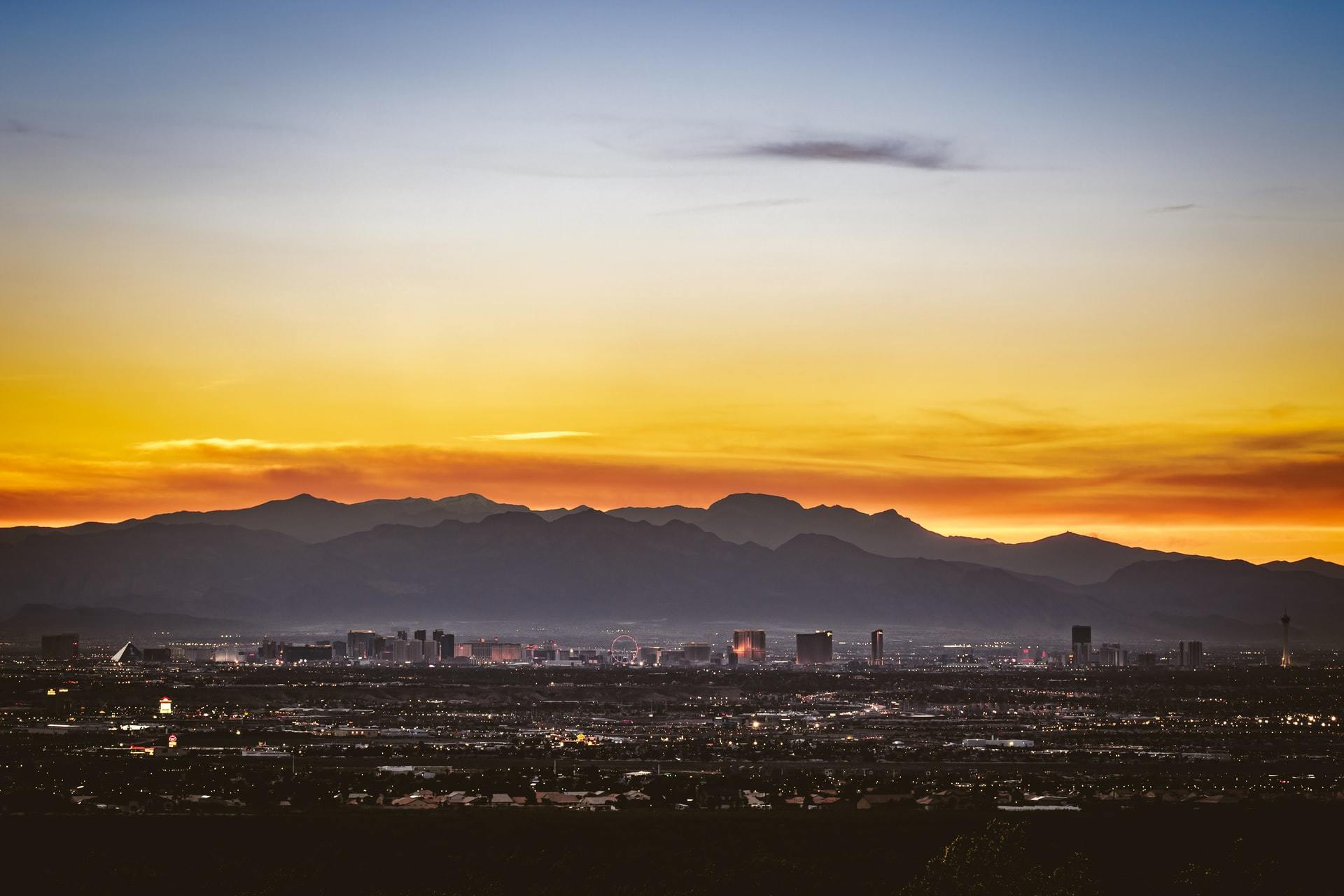 Think of Las Vegas and you think of leisure and amusement. The city is known for being one of the most entertaining cities in America, if not the world. There are other cities in the United States that offer the casino experience, such as Reno and Atlantic City, and plenty more that offer large concerts and sporting events – New York City, for example. But none capture the imagination of fun-seeking travellers quite like the Nevada hotspot. So, what is it about Las Vegas that holds such special appeal?

Before we look at what Las Vegas has to offer in terms of entertainment, we should also consider the lure of its location. The basin of the Mojave Desert, shielded by mountains on all sides, seems an unlikely place for a city of Vegas’ size but that’s all part of the appeal. Travelling to Las Vegas feels like stepping into a hidden world and can be an overwhelming experience for first-time visitors – and that’s before they’ve even witnessed the magic of the Las Vegas Strip. The city’s location also makes it a convenient base for those looking to explore the local natural wonders. Popular sites include the Grand Canyon, the West Rim of which is just 130 miles from the city; Lake Mead, one of the largest man-made water deposits in the world; and Red Rock Canyon, which is a haven for sightseers, birdwatchers, joggers, hikers and rock climbers.

The Entertainment Capital of the World

All of these things add to the appeal of Las Vegas but the real draw of the city is its entertainment scene. When it comes to bright lights and putting on a show, nowhere on earth does it quite like Vegas. There are numerous casinos, lounges, theatres, nightclubs and concert venues located on the famous Strip offering entertainment to suit all tastes. The city is also a big hit with fine-dining enthusiasts with over a dozen restaurants awarded Michelin stars in recent years. Cuisine isn’t always something that’s attributed to Las Vegas but it’s fast becoming a top destination for anyone with a passion for food.

A Must for Music Lovers

The concert venues have hosted some of the biggest names in music, from Elvis Presley and Frank Sinatra to Lady Gaga and Elton John. Vegas has also featured epic circus shows from likes of Cirque du Soleil and long-running magic acts such as David Copperfield, and Siegfried and Roy. Popular Vegas shows generate so much revenue that many top artists take up residence and play hundreds of shows over many years. For example, Celine Dion played over 1100 concerts at The Colosseum at Caesars Palace between 2003 and 2019 grossing around $700m.

Some of the biggest attractions of Vegas are the casinos, many of which are located within the city’s most famous hotels such as the Bellagio, Caesars Palace and the MGM Grand. Many people travel to the city just to wager at the casinos and to play on the thousands of slot machines that are located every which way you turn. It was feared that the rise in popularity of online casinos might have dented Vegas’ popularity but the opposite is true. They have, in fact, made casino games more accessible to more people than ever before, boosting the interest in land-based venues as holiday destinations. Some visitors may have even played online games that have live dealers such as those offered by this Swedish live casino. These games, which allow players to interact with real dealers, are just one of the recent innovations from online providers looking to offer new experiences as the popularity of online wagering grows. 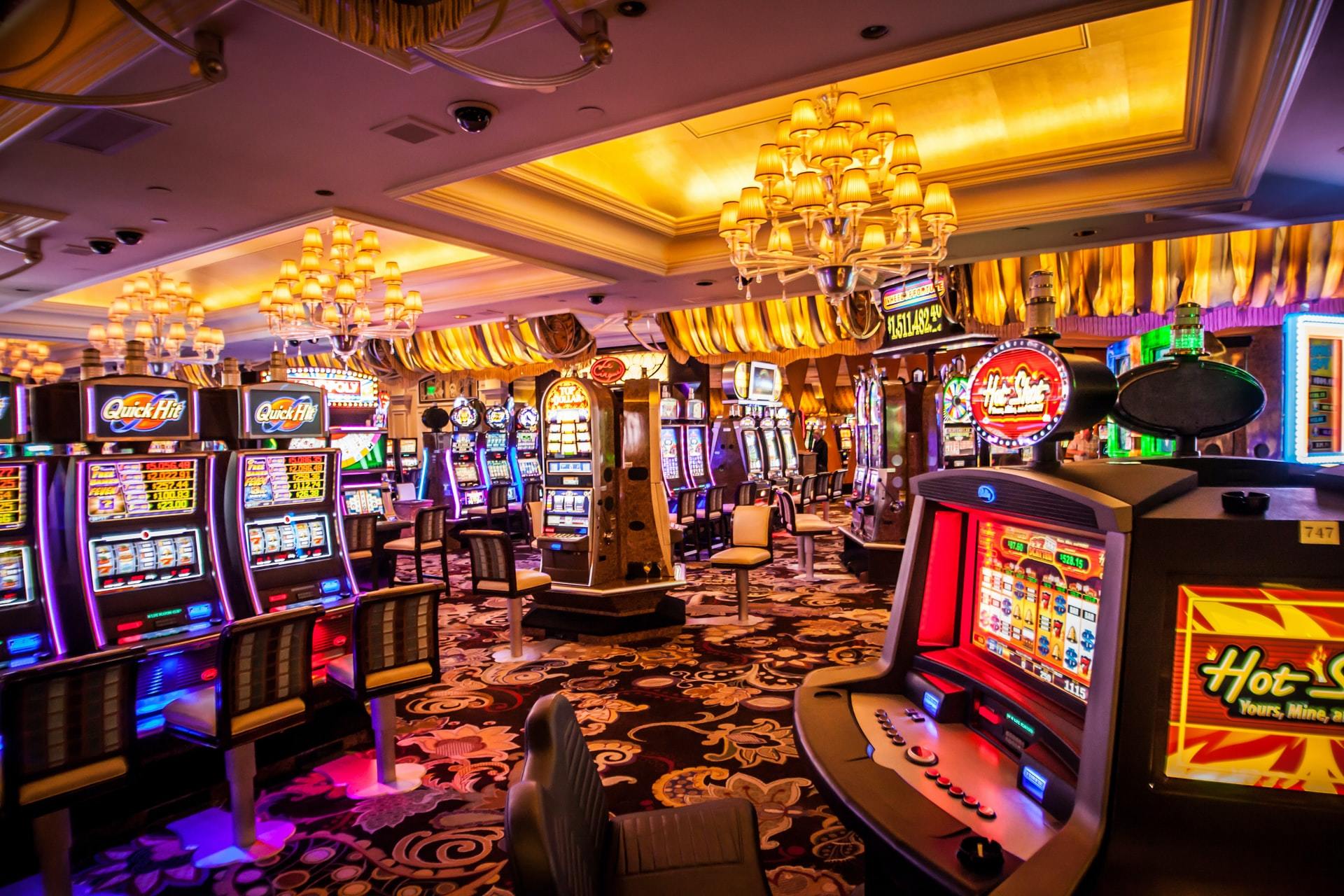 Another area in which Las Vegas has excelled over the years is with sporting wagering. For many years, Las Vegas was one of the few places in the USA with legal sports betting and many sports fans would travel to Vegas from miles around just to watch and wager on big events like the Super Bowl. Live sports events are also a big attraction in Vegas.  Some of the biggest boxing matches in history have been held in the city including Sugar Ray Leonard vs. Thomas Hearns (1981), Gerry Cooney vs. Larry Holmes (1982), Thomas Hearns vs. Marvin Hagler (1985) and Manny Pacquiao vs. Floyd Mayweather Jr (2015). The city also hosts NASCAR motor racing at the Las Vegas Speedway and, since 2004, has hosted the NBA Summer League, the annual off-season basketball event where teams give try-outs to rookies and G-League affiliate players.

Historically, the city has lacked major league teams but that has changed in recent years as three professional major league teams have been established. The Vegas Golden Knights were the first major league team in the area, entering the National Hockey League (NHL) back in 2017. They were followed by WNBA team the Las Vegas Aces (formerly the San Antonio Stars) who relocated to Paradise in 2018. In 2020, the Oakland Raiders National Football League (NFL) team relocated to the city and were renamed the Las Vegas Raiders.

There are also a handful of minor league organisations including the soccer team Las Vegas Lights FC who were formed in 2017 and currently play in the USL Championship, the second tier of US soccer. The team recently became an affiliate of MLS team Los Angeles FC.

The continued success of Las Vegas as a tourist destination is no surprise. From a marketing perspective, the city offers a unique package with its remote location, mysterious atmosphere and unashamed embracement of kitsch commercialism. Images of the Strip exploding in all its night-time neon glory are recognisable the world over. With so much to offer, it is no surprise that Las Vegas continues to attract new and seasoned visitors alike.

How to choose your safari travel style

Been there, haven’t done that – 5 things you shouldn’t miss in Brisbane

Visiting Hong Kong for the first time? Here’s what you need to know