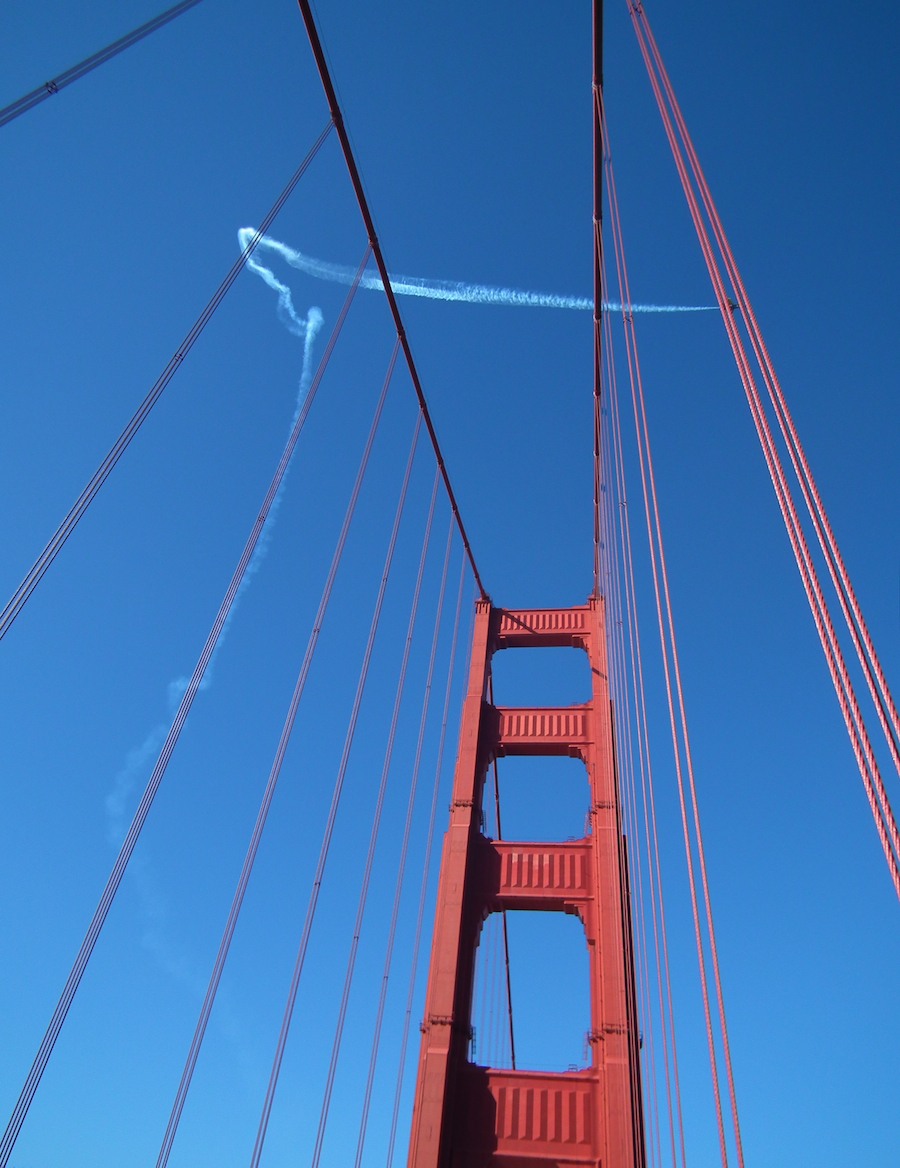 Here’s the second part of our new (or rather re-booted) series after the first article on an Englishman in New York for the first time.  A number of different authors tell us how it went the first time they visited a city or town. Did it live up to their expectations? Were there any big surprises, shocks or strange differences they weren’t expecting? Was there any truth to the stereotypes they had heard about? 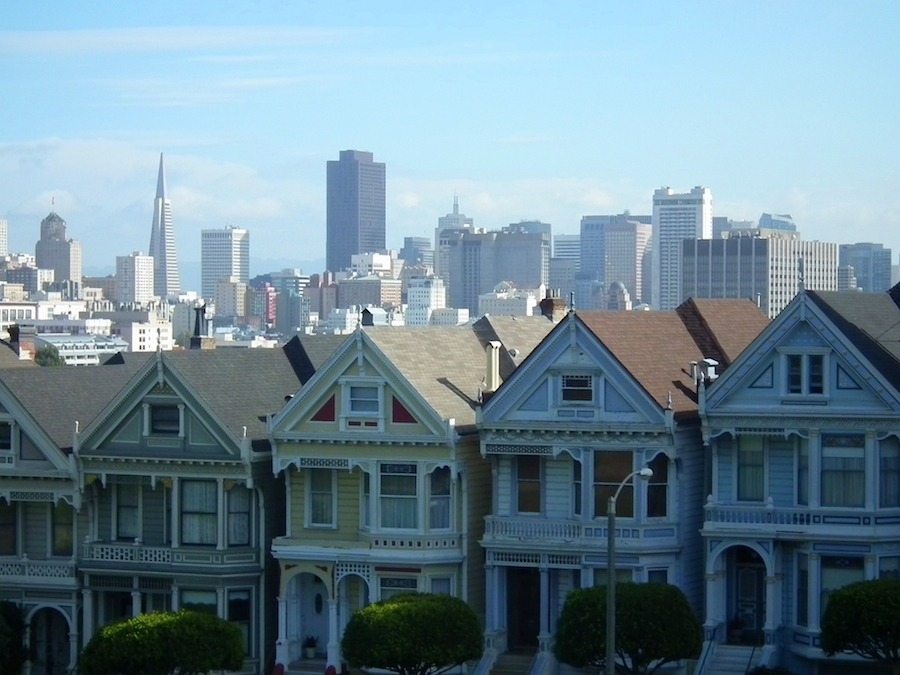 I don’t like flying. I love travelling, but I hate flying. Planes make me nervous. Just one little twitch and I feel like I need a drink. Or two.

The flight from Montreal to San Francisco was probably the second worst flight of my life. Only because I once flew over or near a cyclone in Thailand (I prefer to not remember).

Needless to say when we arrived in San Francisco I was looking forward to the Californian state of mind and relaxing. Breezing through the day. Enjoying the gorgeous October weather.

Well, before you arrive in the city, you have to exit the airport. Option 1) taxi or option 2) the BART, the Bay Area Rapid Transit, a train system. Since our hotel was just a few feet away from the Powell station, we figured the BART would be the easiest way to get downtown.

It probably is. Except that it’s the noisiest train on rails I have ever seen, and one of the smelliest. How someone thought putting up carpet in a train was a good idea, I don’t know.

We finally exit the train; it was less than a 30-minute ride if I remember correctly. We take our suitcases up the stairs and exit the station only to realize we are still technically under street level, even if we are outside. In front of us, a little café, to our right, the tourism information desk. After a short visit to grab some flyers and get transit passes, we go up the escalator to street level (an outside escalator, quite impressive for someone from a “Northern” country!).

Finally, I would get to see San Francisco, a city that everyone I know who’s visited absolutely fell in love with.

And the first thing we see is someone beating up another person.

Not a playful fight between friends. A legit, all-out brawl.

We think it was a policeman or social worker (he was wearing a bright orange vest) trying to control a homeless person, possibly under the influence. But we didn’t stay close by to ask.

Not the best first impression. San Francisco was going to have to do a lot to impress me.

But it did. There are some sights in this city that have to be seen once in a lifetime. The Golden Gate Bridge is amazing in all its grandeur. Seeing Alcatraz makes you shiver; it’s unreal to think of everything that’s happened there. The neighbouring regions, including Marin County, are simply stunning. And the food. Oh, the food. San Francisco is known for its culinary scene and you only have to try one restaurant (or 5) to find out why.

We did notice that there are a lot of homeless people. Men and women. And many seem to be in a terrible state of mind, or under the influence. I got spit on by a woman while walking towards a breakfast restaurant in Haight-Ashbury. The woman did ask before spitting on me, but did it before I could decline her offer (!). It’s a bit shocking, even coming from a city where I consider we have a large (too large) homeless population. 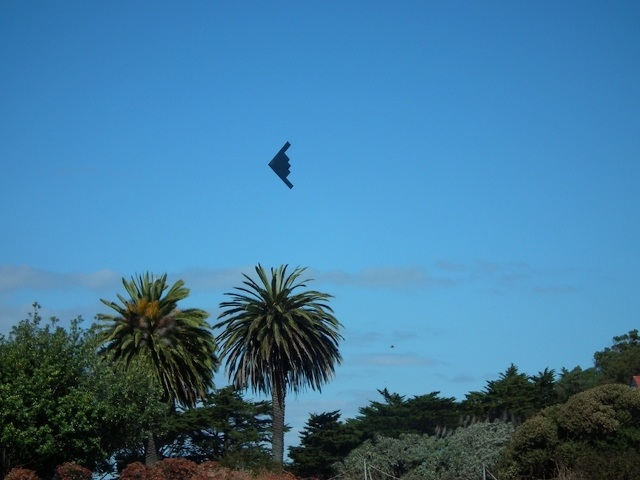 We also had transit problems. We were there during Fleet Week, an event that celebrates military aviation, and understood why Californians drive. Finding any form of transport, even a cab, was nearly impossible. One night we ended up walking for close to an hour, another, we waited around, changing street corners every once in a while, hoping a bus or a cab would come by, before we finally found one.

Overall, I enjoyed San Francisco. I really did. I feel like a few days there wasn’t enough; I already want to go back to explore all that I haven’t had the chance to see.

But I don’t see it as the paradise that was described to me before I went. Nowhere near it.

We left the city after a few days to explore the coast and road trip down Highway 101.

But San Francisco had one last surprise for us. As we were driving away, leaving the city, we saw a dead man on the sidewalk, being carried away by policemen…

Beatrice Bernard-Poulin is a journalist by trade, but prefers the informal world of blogging and online marketing. After a few years working for a professional sports’ team in her hometown of Montreal, she has decided to follow her dream of being independent and working from the road. She blogs about living a dream life, on the cheap, at beatricebp.com.

Let’s Rough It This Year: Can You Handle A Budget Vacation?

6 Must-Dos Before Embarking on Your Flight