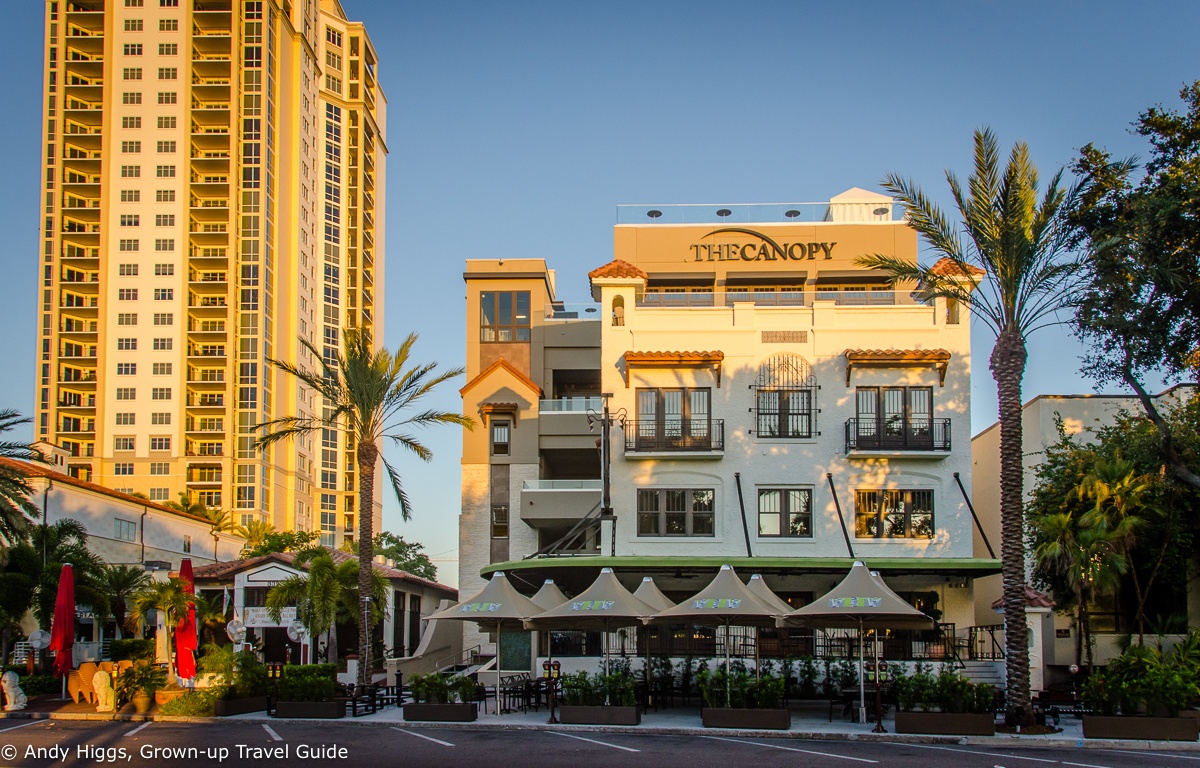 This article is part eighteen of the series “Trip diary: Three weeks on the road in Florida”

After a relaxing stay in Cedar Key we hit the road once more for the 150 or so miles drive south and a somewhat larger town. I didn’t really know what to expect from St. Petersburg but was looking forward to seeing a different big Florida city – what I certainly didn’t expect was that St. Pete’s would turn out to be my favourite city in the state…

The journey down was scenic as we blasted along the Suncoast Parkway toll route (a.k.a. the 589) before re-entering the urban environment of Tampa, just across the bay from St. Pete’s.

To cross from Tampa to St. Pete’s by car the quickest route is to take the hugely impressive causeway; a eight lane motorway over the bay.

Soon the signs began to list various exits for St. Petersburg – I should make it clear that there is a difference between St. Petersburg and St. Pete Beach; the latter is on the west coast and is basically a strip of resort hotels and condominiums whereas the former is the city itself on the east coast overlooking the bay.

I’ll get into the details of why I love St. Petersburg so much in a future article; suffice to say it shares many similarities with Miami before the boom years – let’s say before Miami Vice hit the screens. But on with the review… 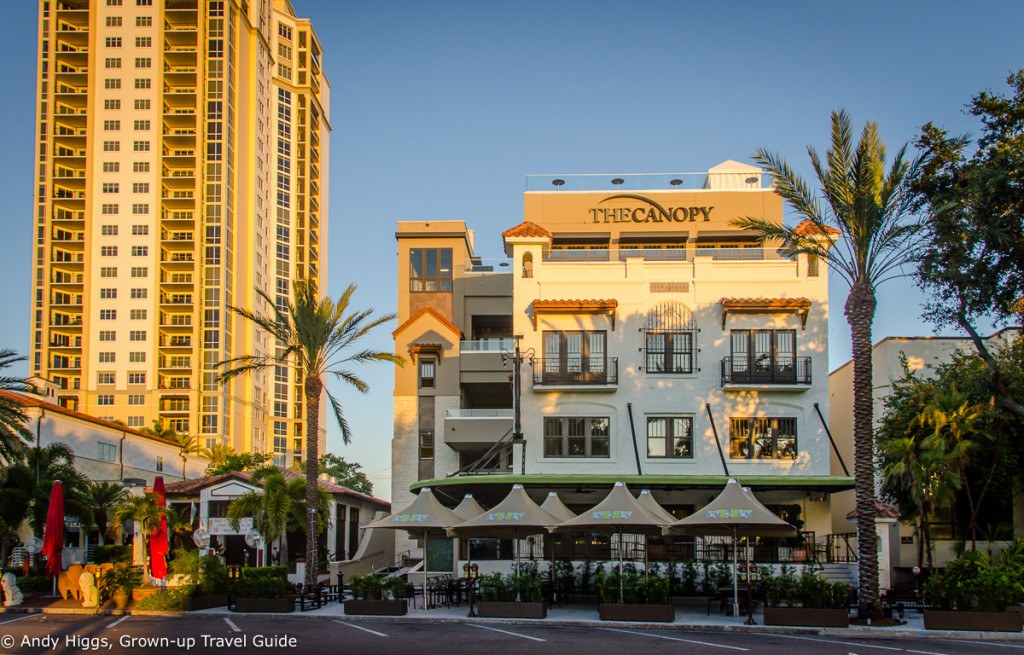 The building dates back to 1924 when it was home to the Lantern Lane Apartments. It was redeveloped as The Birchwood at the beginning of 2012, and had its official opening just a month before we visited. The hotel has 18 rooms over 5 floors.

The Birchwood is located right on the main drag, Beach Drive. From here you can reach most of downtown St. Pete’s main attractions and of course the harbour area. 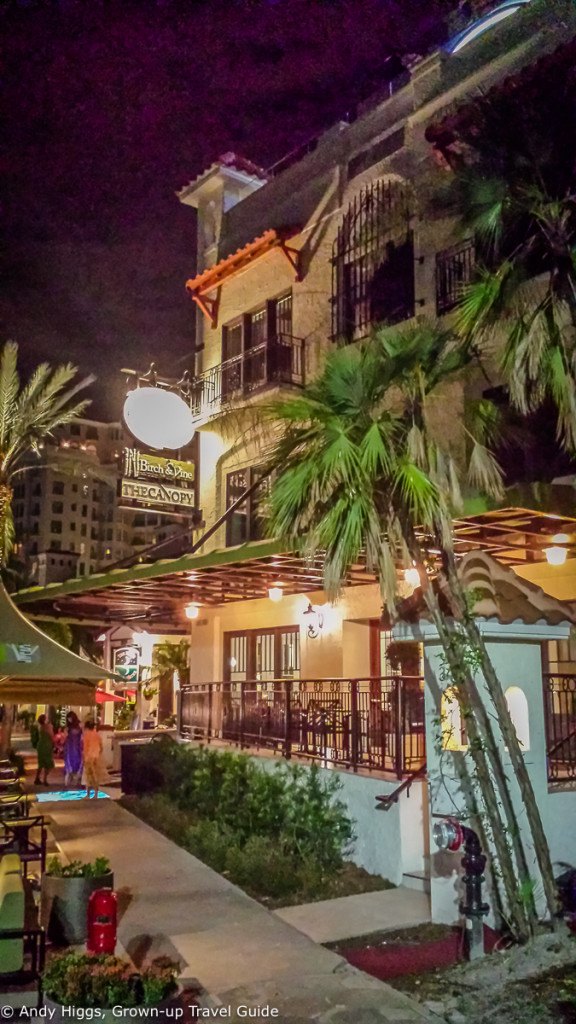 A valet parking service is available for guests – just park up in one of the designated spots outside the property and your car will be parked in a nearby private lot. The cost is USD 18 a night. If you prefer to take car of parking yourself, there is a garage a couple of blocks away as well as metered parking nearby.

We chose it because it was so new and looked spectacular – these are still valid reasons two years later. It’s a very stylish boutique hotel in a fantastic location offering luxury at affordable prices. The Birchwood also has a restaurant with a good reputation and a rooftop lounge which is extremely popular (but adults only after 1600). 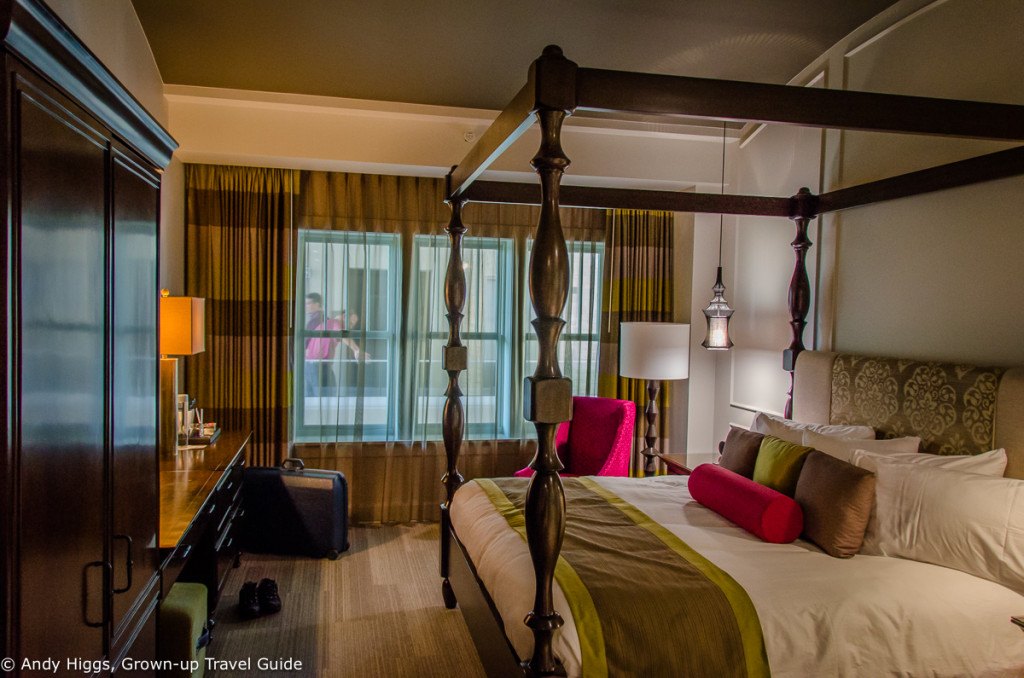 Again we had two rooms, but on this occasion they were adjoining with a door connecting them. 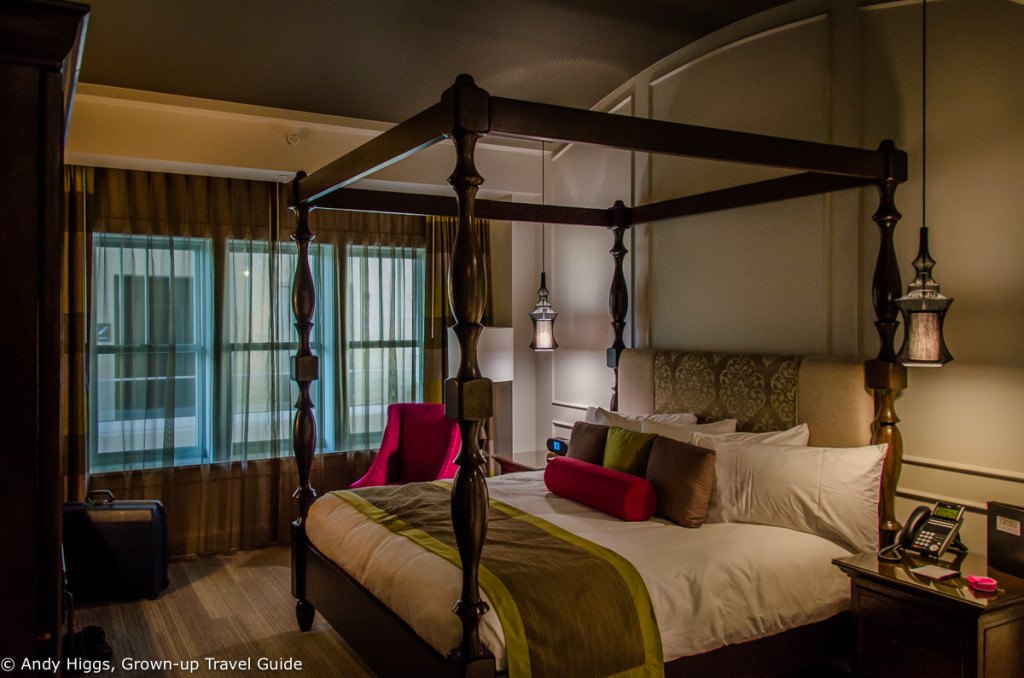 The rooms were identical, with stunning four poster double beds with high quality linens, a flat screen TV with cable TV and iPod dock with clock. 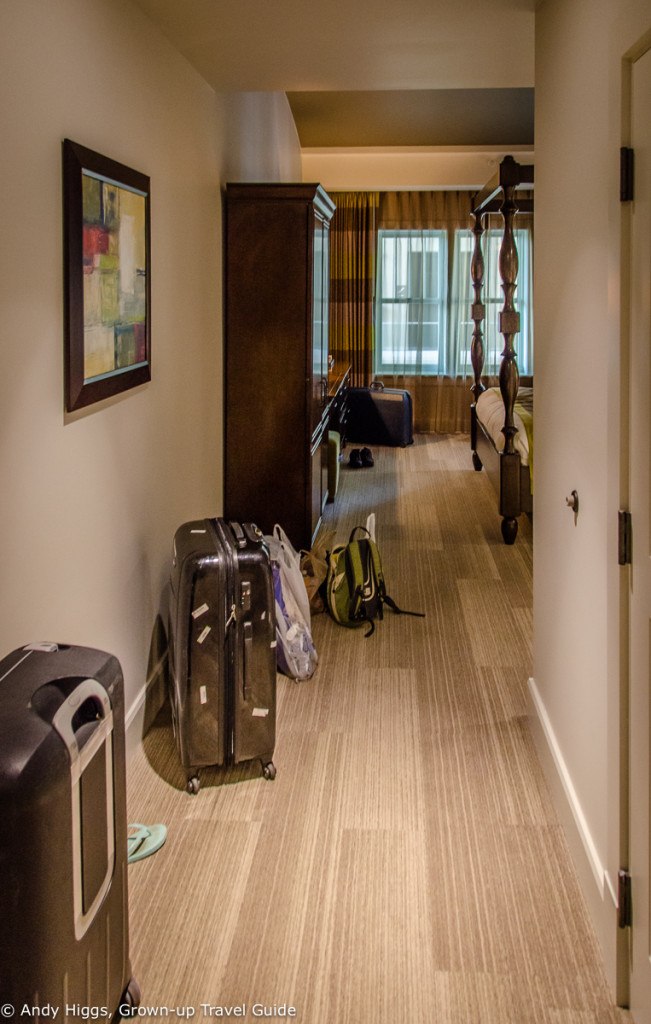 The rooms are generously proportioned with plenty of wardrobe space too. 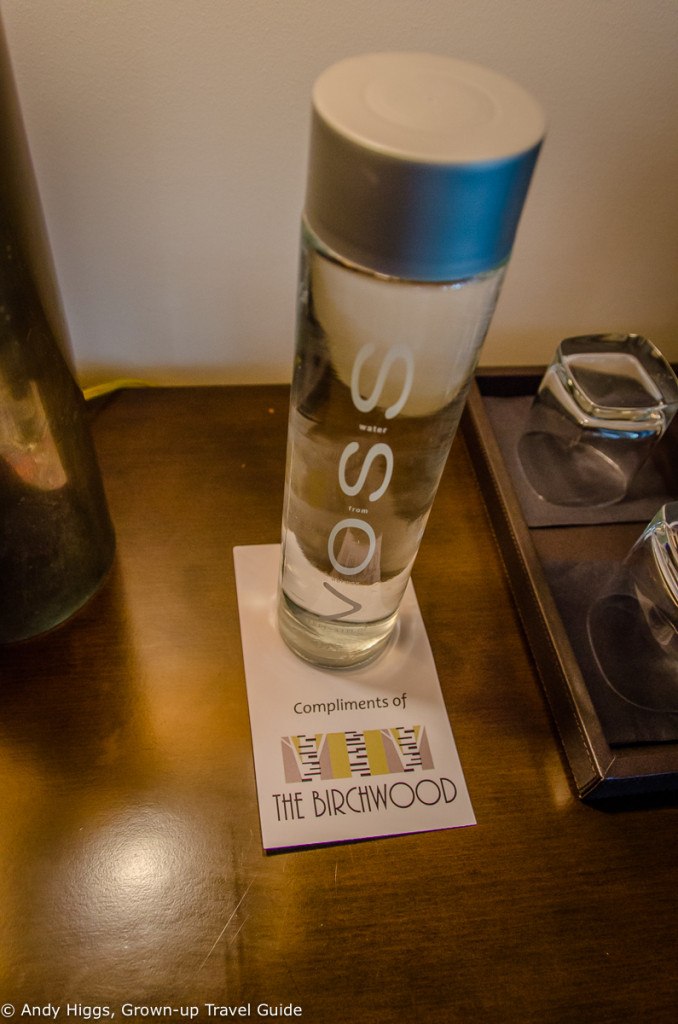 Yes, but very clean as brand new. Fortunately no carpets in the bathroom though. 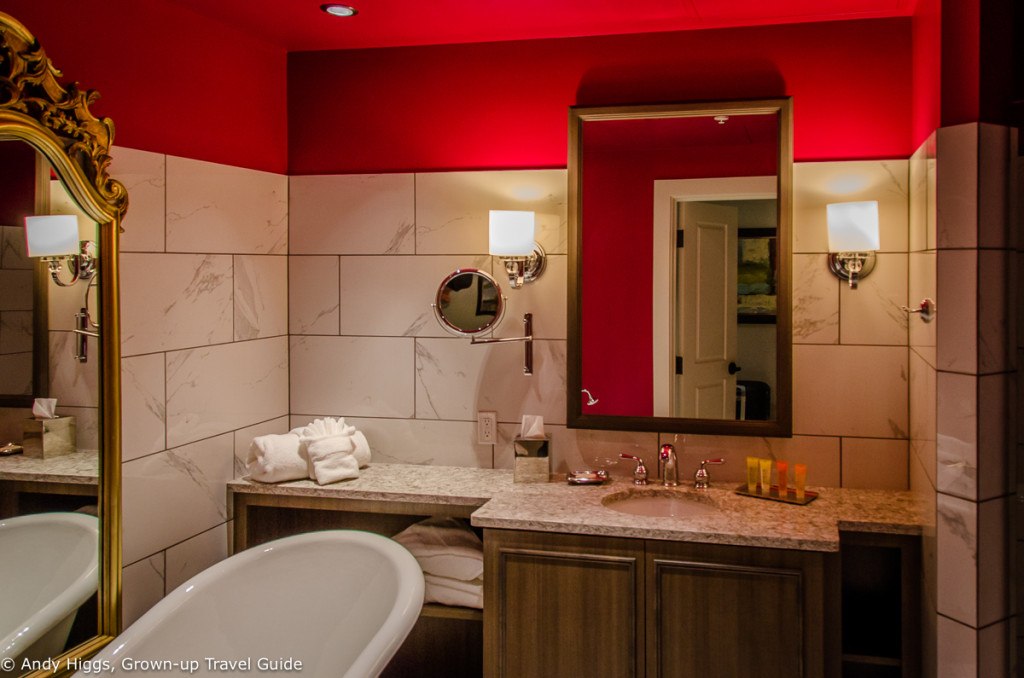 The bathrooms were amazing – I loved the bathtub – which you can probably tell by the number of photos I took of it – and having a shower cubicle as well is a real bonus. 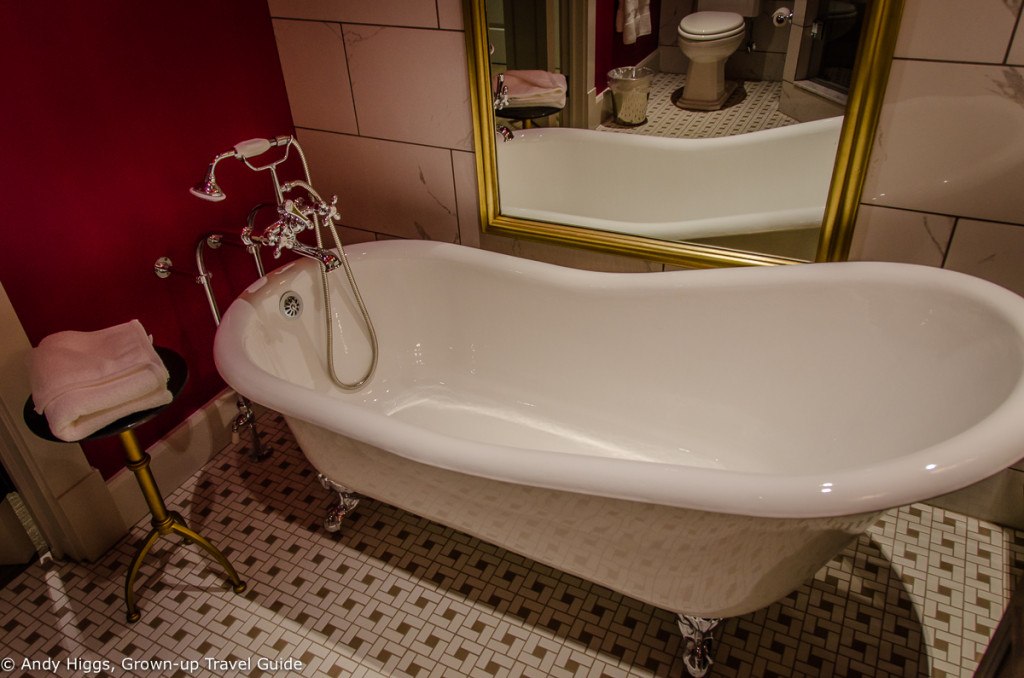 Look at the wonderful taps and shower head… 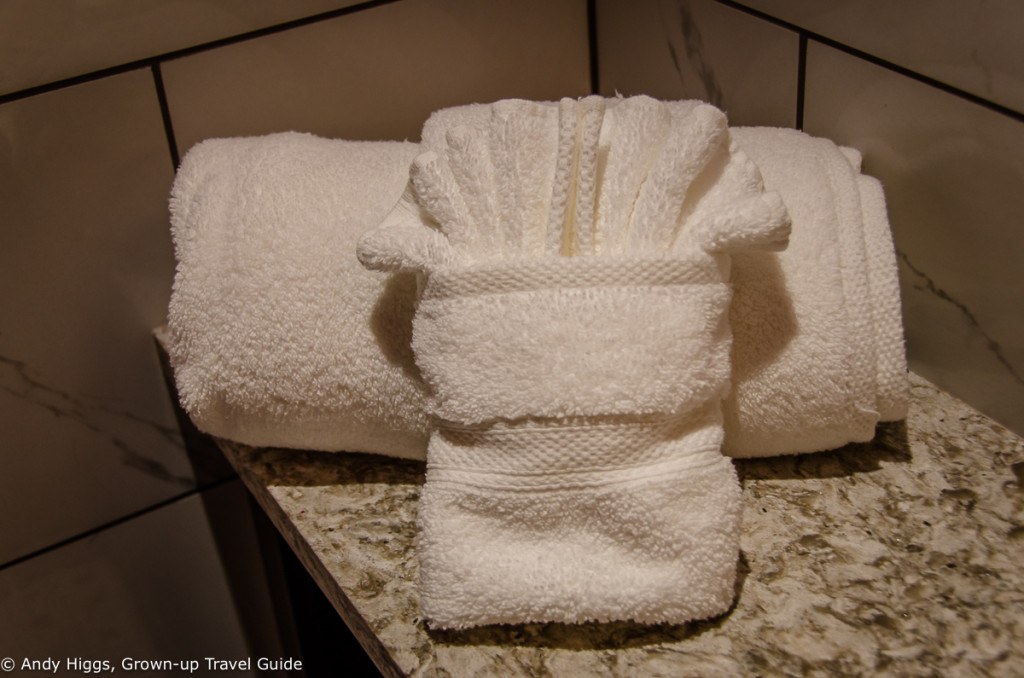 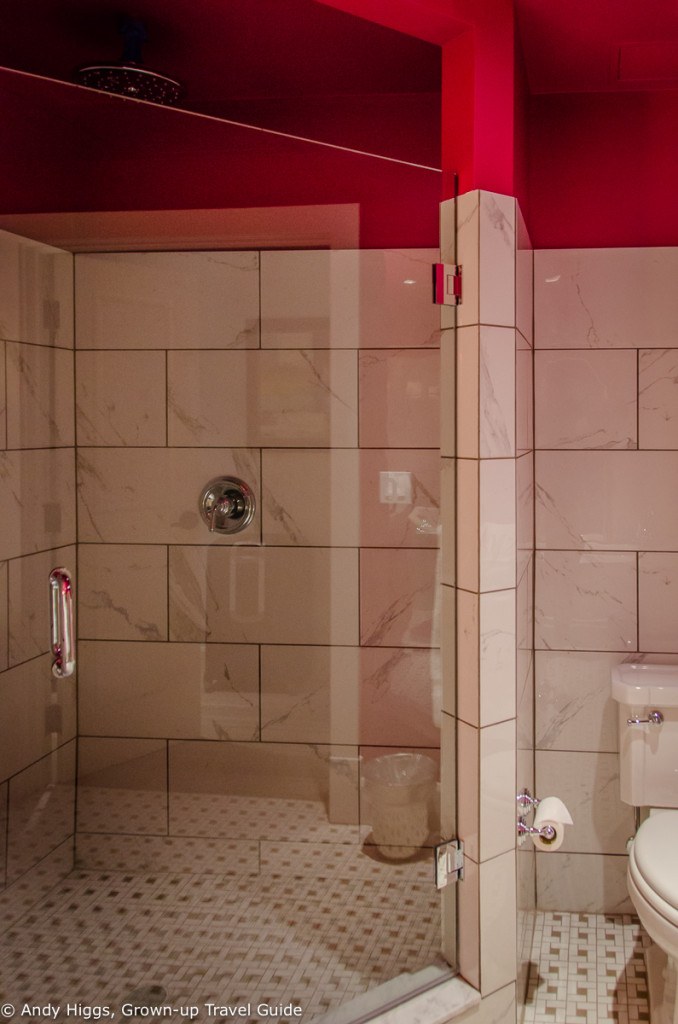 The shower cubicle was huge and water pressure excellent. 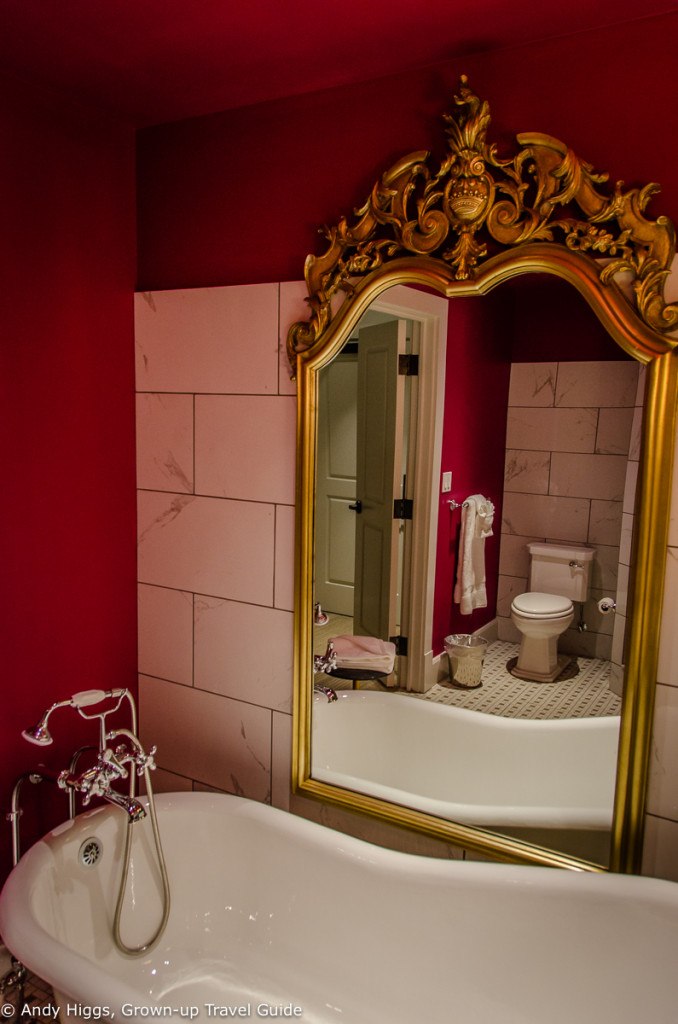 But I still preferred the bathtub…

Yes, there is free and fast wireless internet access – we had a couple of issues with it but these were quickly sorted by reporting them to reception. After they switched the router off and on again everything worked fine.

As mentioned before, The Birchwood has a highly-regarded restaurant but we did not have the chance to try it out. There is also the rooftop lounge but we didn’t make it there either; mainly because we didn’t want to go up without Rebecca who would have been refused entry.

No pool unfortunately. The best beaches are a car or bus drive away but there is a small public one within walking distance too.

Yes, we enjoyed the breakfast which is served in the downstairs bar next to reception.

Service was excellent – any issues were resolved quickly and the concierge and receptionist had plenty of good advice for us.

No, it’s an independent hotel.

Rooms start just shy of USD 300 – which is about right for the standard here.

Loved the building and the location – it’s perfect for exploring the downtown area of the city. The rooms were big and very stylishly decorated, the bathrooms were particularly fabulous.

When we stayed we only had two real problems – the bed creaked like crazy from every movement and the air conditioning was extremely noisy. Both these issues have since been fixed and were teething troubles in the very first weeks of opening – once the screws were retightened on all the beds and the air conditioning serviced there were no further problems.

Nothing to mention here.

It’s not the cheapest option in St. Petersburg but it is definitely worth the outlay. For a memorable place to stay and enjoy this great city, I think this is your best option.

Buying guide 2019: The perfect baby bike seat for your child