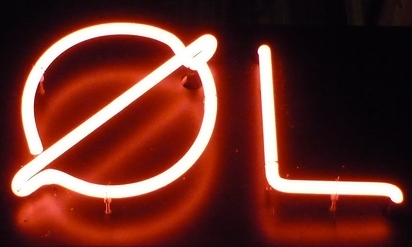 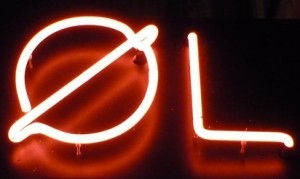 Okay, look – I give you a word, you give me the places you think of, okay?

Provided this isn’t some kind of Freudian ruse to get me to admit to something appalling, I’m in…

Quite. Well that worked well, thanks. While Copenhagen may not be the first place you think of when the subject of beer comes up, you really shouldn’t miss out. To clarify here this is craft beer, or microbrewery beer – not the industrial Carlsberg stuff.

Good, because where in the world can’t you buy Carlsberg these days?

Right. Now Denmark experienced a boom in its microbrewery scene some years back, and while there are killjoys who will claim that the golden age has passed there are still around 130 small-scale brewers in the country, with the capital boasting a range of specialist bars, shops and clubs devoted to beer. In fact Denmark remains the country with the most breweries per resident; a nice statistic to add to being home to the world’s best restaurant and happiest people, if you believe all those surveys. Is there a connection? We thought it only fair to find out…

It’s a tough job, but someone’s gotta do it I guess.

A little background information: The Danes don’t really have the kind of pub culture as, say, Britain and drinking at home with friends and family is very popular. Standard bars generally stock only a small range of beers, but the resurgence in beer culture as well as a focus on good food has led to a number of interesting places popping up which combine the two. Despite the pressure exerted by the large national breweries, smaller craft beers emerged and Danish brewing traditions were maintained. Such beers have proved extremely popular both at home and abroad.

It is now even possible (and highly recommended) to sign up for a tasting session to learn more about the art of brewing and different types of beer. Or you can simply visit a few of these microbreweries to sample many different quality beers and enjoy gastropub-style food into the bargain. We are not talking Yates Wine Lodge and a kebab on the way home.

I’m glad to hear it. You’ve put those days behind you, right?

I’ll ignore that. Most of these breweries produce a variety of types of beer including lager, light ale, stout, porter, IPA/APA type ale and wheat beer. These are inspired by traditional Danish beers with influences from Belgium and Germany but also some more unusual American craft brews. Special beers are also produced for Easter and Christmas. Beer (‘øl’ in Danish) is usually available in three sizes, 330 ml, 500 ml and 600 ml (or more) sizes so you can sample different types without blowing your budget (or your mind).

A logical place to start your tour of Copenhagen’s brewpubs is at its first one, Bryggeriet Apollo – while rather touristy it has good beer, organic food and is located right across from the main station at Tivoli. Apollo opened in 1990 (using equipment bought in former East Germany, fact fans) and is still going strong. The microbrewery focuses mostly on lager and adheres to the German purity law which forbids any ingredients other than hops, malt, yeast and water.

Should you be visiting Tivoli itself (and you should), then you will also find Færgekroen Bryghus which has been producing beer from its own microbrewery for 7 years. 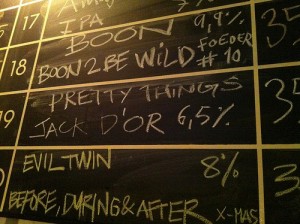 Vesterbro Bryghus and Mikkeller are located in Vesterbro and more recent additions to the scene. Vesterbro Bryghus has a famously long bar and great beer brewed according to traditional Austrian recipes. Mikkeler has won several awards, has 10 of its own beers on tap and includes such delights as Coffee stout. It’s young owner, Mikkel Borg Bjergsø is a self-styled ‘gypsy-brewer’ and a craft beer celebrity, often taking part in guest-brewing around Europe and USA. His microbrewery has worked with Brewdog, Nøgne Ø, Three Floyds, and Alesmith.

Now on to our favourite – Nørrebro Bryghus – which is an easy walk from Nørreport station and in a hip part of town. It has less tourists and more enthusiasts and trendsetters. It also holds tasting courses for which you need to sign up at least a week in advance – contact them by email or call. Even better it has a great food menu not only tailored to their brews, but including them. Most dishes have beer as an ingredient, so if you’ve ever fancied beer-flavoured ice cream, now’s your chance.

Their beers are excellent and they often have special ones on tap for you to try. The brewery has won multiple medals at the World Beer Cup and was at the forefront of Copenhagen’s craft beer revolution. They have even produced Globe Ale, Denmark’s first carbon-neutral beer.

Another place to check out for a different – and rather unique – experience is Vinstue 90  which has been in business since 1916 and is famous for ‘slow beer’. Even those readers used to waiting for Guinness to pour properly will find the 15-20 minutes for a glass hard going. Indeed many punters buy a ‘regular’ beer to pass the time. It’s the slow pouring that matters here – after all it is standard Carlsberg pilsner – and the fact that unpressurised kegs are used that together produce a smoother taste. Well worth experiencing.

And finally if you want to pick up a few choice bottles of Danish beer to take home you can’t go wrong with Ølbutikken. It’s a tiny place and the opening times are limited but it should be on every beer enthusiast’s itinerary. The selection is astounding as is the expertise on tap.

You just had to, didn’t you?

Sorry, but you know how it is. Oh and some of the microbreweries also produce gift packs of beer too.

So there you have it, it may not be as famous for its craft beer as it is for its author of fairytales (or crime series these days) but Copenhagen is an excellent destination for the beer-loving Grown-up Traveller. Skål!