by Andy Higgs in Europe, Features, Places, The Netherlands, We likey.

In our mission to inspire and inform Grown-up Travellers we continue our series of articles containing ideas for alternative things to do and see in well-known destinations. So far we’ve been shared tips on London, Stockholm, Copenhagen, Berlin, Oslo and Paris and forthcoming posts will cover Chicago, New York and more. This time we turn to Amsterdam, a city with something for everyone but also plenty of attractions that most visitors miss out on…

So it’s not just tulips, Van Gogh and the Red Light District?

Absolutely not. And despite attempts to restrict coffee shops I understand that for some people a chance to smoke a little wacky baccy in a dingy cafe is the only reason to visit Amsterdam. But that’s not the target group for this article – we’d like to show you some sides of the city you may not be aware of.

5 things in Amsterdam you can impress your friends with *

* okay, maybe not. But there’s a good chance they won’t have experienced them, let’s leave it at that then. What could be more natural than learning to ski in Amsterdam? Well, just about anything else, given the pancake-flat geography of most of the Netherlands. Yet the enterprising folk at Ski-Inn didn’t let that stop them. Using clever rolling conveyor belt technology you can recreate the downhill skiing experience whatever the weather outside. Take a look at the video below and you’ll soon realize that this  is no joke; you can even learn to snowboard here too.

Up to 4 skiers can be accommodated at any one time and the speed of the belt can be adjusted to suit their skill level. It’s best suited for beginners and intermediates though as those used to traversing black runs will not be tested even at full whack. You’ll need to make a booking in advance and they have all the gear you need available to hire. We suggest giving it a go on a hot summer’s day just to maximize the strangeness.

Ski-Inn is located in the centre of a housing complex a few blocks from Vondelpark, in the main room which used to be home to the university hospital’s amphitheatre. Yes, that does mean the Museum of Spectacles. This is one of the most unusual attractions in Amsterdam mainly because, it is a place that celebrates 700 years of glasses. This may not sound very interesting, however it is rather fascinating. The exhibits are showcased in two rooms of a building that dates back to 1620 and is thus worthy of a visit in itself. This historical establishment was created by the members of the Theunissen family whose collection has been passed down through four generations. This quaint museum is a tribute to an obsession with spectacles which was a family tradition dating back to the 19th century.

This is just one of the great culture filled activities for the entire family to enjoy on your trip. The museum is located near a few of Amsterdam’s top hotels that are tucked away from the more populated areas, thus making it a great place to visit where you can stay a little longer and admire the beauty of the surrounding areas. Now run by Mijke Theunissen after being opened by her father over 35 years ago, the National Museum of Spectacles is situated above an old fashioned optician’s store where you can buy some new frames if you so desire. The store is a recreation of a 1930’s spectacles shop and feels like a museum too. 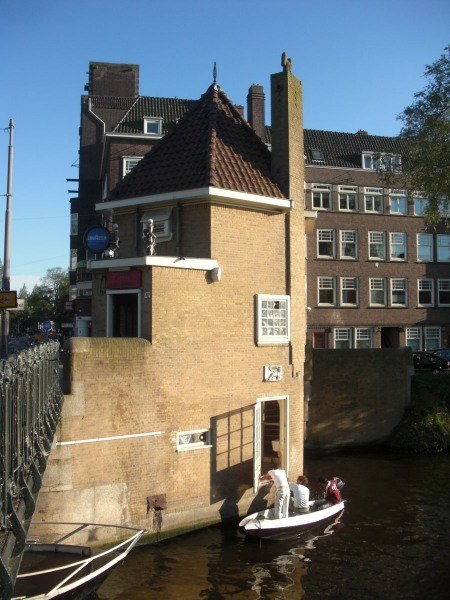 While most cities (including, in fact, Amsterdam) have a drive-thru or two, given all the canals in the city what could be more natural that a sail-thru? This pizzeria makes the most of its rather unusual location on a bridge in central Amsterdam by including a take-away serving hatch at water level. Glide up in your boat, place your order and take it with you when ready. 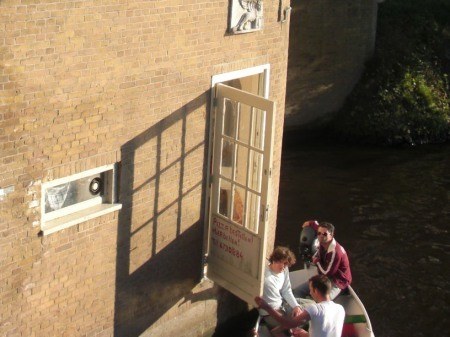 There is also a small dining area if you left your barge at home, and the pizzas are pretty good. Well worth stopping off if you’ve hired a boat and get hungry while exploring the waterways. Even if you’re just passing it’s fun to watch money and pizza change hands on the Amstel River.

Boat to the pizzeria, or take the tram to Scheldestraat. http://www.pizzeria-san-marco.nl It’s becoming rather a tradition for our guides to include a decent brewery, so why should Amsterdam be any exception? This one has a real Dutch twist too given that the beer is produced in a windmill. Rather like the Goose Island Brewery in Chicago this venture was started on a whim by a beer enthusiast and has grown to be a major success. Kaspar Peterson began his company in a squatted building beside the river IJ in 1983 before moving here in 1985. All of Brouwerij ’t IJ’s beer is brewed on the premises – some 300,000 litres of it. The range includes four 100% organic versions – Natte, Zatte, Columbus and Struis. Most of the beer never makes it out of the brewery, as it is sold in the pub. The beer that does make it out of the brewery is sold in – wait for it – health food shops all over the Netherlands, as well as off licences and bars. The beer is strong and very good value, and be careful; even though the measures may look small it packs a punch. Locals even have their own expression for those who end up stumbling out after their first visit – spinmilled. 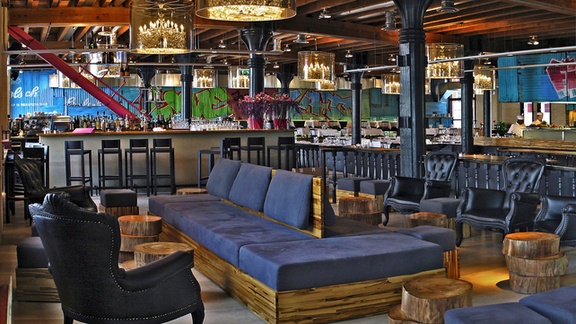 Many of our readers will have heard of Jamie Oliver’s restaurant ‘Fifteen’ in London. An interesting and highly successful mix of charity and good food, the concept one of a social project which selects 15 to 20 disadvantaged but highly motivated young people and gives them the chance to become chefs and reintegrate into the community. These young chefs are trained in both theory and practice for 16 months in the Fifteen kitchen, and then helped to find employment. The Foundation behind the scheme is mainly financed by the restaurant, but is also partly dependent on local subsidies and other contributions from private funds and sponsors. Prices are a little higher than you may be used to in Amsterdam but it’s definitely worth it (and it’s for a good cause after all) – our tip is to use a good online resource for cheap hotels and you’ll have more money to enjoy the food. The London branch is very popular and getting a reservation is no easy task – but did you know that the franchise has a restaurant in Amsterdam? Securing a place here is much easier and the food, decor and atmosphere and right up there with the original. The menu is not huge but the modern Italian recipes are excellent and the wines well selected. Since 2008 Fifteen has also been an official wedding location for Amsterdam. This means that if you want to tie the know in an original setting you can have both the ceremony and the reception right here on the banks of the canal. So you could pull up in a boat for added style. Hey, just an idea!

Do you have anything you’d like to add to this list – something out of the ordinary in Amsterdam? Please add your tips in the comments below, we’d love to hear from you!

17 Responses to “Been there, haven’t done that – 5 things you shouldn’t miss in Amsterdam”